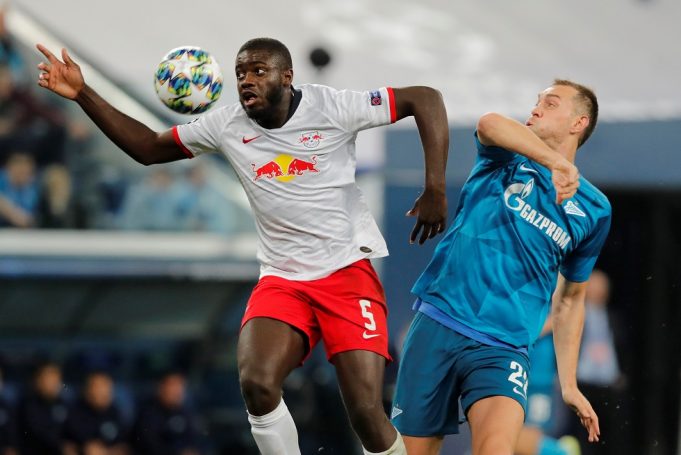 RB Leipzig defender Dayot Upamecano is wanted by both Chelsea and Liverpool.

That is according to Bayern Munich chief Karl-Heinz Rummenigge who is also eyeing the French international.

Upamecano has soared through the Leipzig ranks to become one of Europe’s most-wanted talents. Arsenal and Manchester United were previously interested in him and now rivals, Chelsea and Liverpool has stepped up their interest.

Reports claim that Leipzig’s last contract extension with Upamecano had a £38m release clause included which will can be activated next summer. For a player who was touted to cost over £100m, his current price tag is more than affordable for either Chelsea or Liverpool.

“The fact that Chelsea and Liverpool are also interested in him proves that he has very good qualities. He can replace David Alaba.”

Bayern Munich will hoping to snap yet another one of Bundesliga’s top talents, as they have done countless times in history.