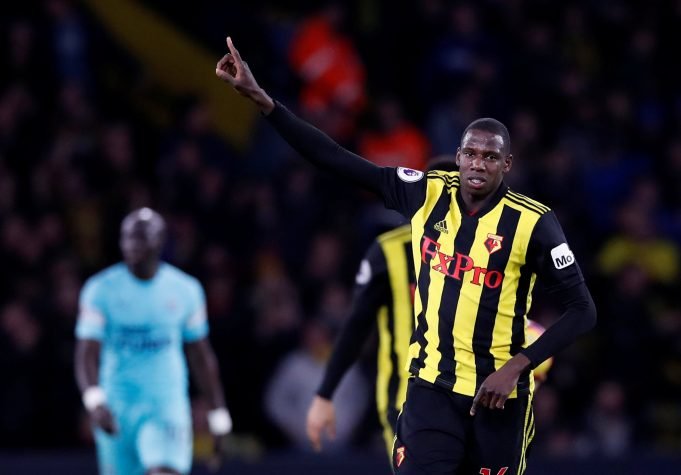 Chelsea are lining up a deadline day bid for Watford midfielder Abdoulaye Doucore.

Maurizio Sarri has underlined the need for a replacement of the already departed Cesc Fabregas but Chelsea have failed to bring in a midfielder in the stipulated period. The Blues have been linked with Nicolo Barrella and Leandro Paredes but nothing has been materialised so far.

Following the 4-0 thrashing at the hands of Bournemouth, the need of an extra midfielder has been felt and Sarri feels Doucoure could be the man who could rescue the Blues.

The 26 year old has attracted massive interest from a number of clubs including Paris Saint Germain. But the French club recently roped in Paredes from Zenit St Petersburg and with Adrien Rabiot also under their fold they are unlikely to invest in another midfielder.

The Hornets have maintained a tough stance and have stated the player is not for sale. But the player recently indicated he might be looking to find another club in near future.

“PSG holds an important place in my heart.

“They already contacted me, but I wanted to move to England at the time. ‘Hearing that such clubs are interested in you, it’s a pleasure.

“I think a club like PSG are looking for a lot of players, they have a lot of leads, I’m not the only one. I’m happy to evolve at Watford and the club trusts me.”