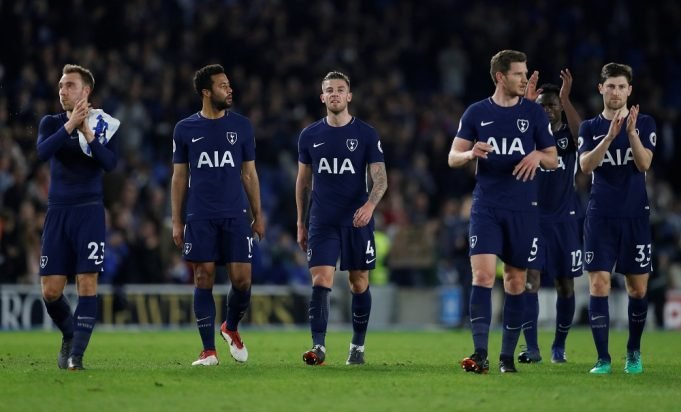 Alderweireld is expected to leave the club this summer

Tottenham’s defender Toby Alderweireld has been linked with a move away this summer after the club has struggled to come to terms with the defender’s high week demands. The club does not want pay such high wages for a 29 year old.

The Belgian defender joined Tottenham in 2015 and has been an integral part of the team. But both the parties are unable to reach an agreement and Mauricio Pochettino is prepared to sell him and has already started to look for his replacement.

Alderweireld has one year left in his contract and the club has a option to extend his contract by one year but would simultaneously activate a £25 million buy-out clause. Spurs want £45 million and wants to cash in on while they can still.

The centre-back is widely regarded as one of the best defenders in the Premier League and Chelsea are keen on bringing him to Stamford Bridge, according to The Sun.

The Blues seek to challenge for the Premier League title next season after a disappointing campaign by making reinforcements over the summer. Their priority is to overhaul the defense and according to reports they want to build the back four around Alderweireld.

Manchester United are also keen on the former Atletico Madrid man as Jose Mourinho is not happy with his backline.