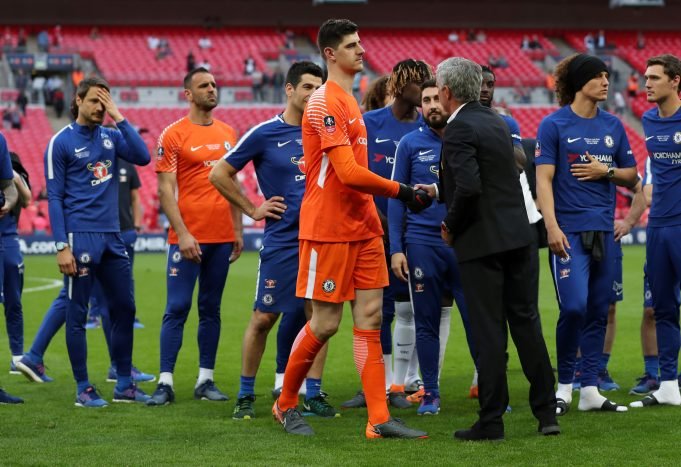 The Blues need to find a solution to face the intensifying Real Madrid interest on Courtois.

According to reports from Metro, Chelsea are ready to step up their interest in signing Stoke City star Jack Butland.

The Englsih giants are bracing themselves for an offer from Real Madrid after the European champions shortlisted the Chelsea number one and Roma’s Alisson as their main targets.

The Blues would have to choose between Alisson and Butland if Courtois decides to leave Stamford Bridge.

Butland has made 88 appearances for Stoke since his debut 2013.

The 25-year-old shotstopper is expected to leave Stoke in the summer after the Potters were relegated from the Premier League.

Stoke would demand fee of anything over £30million.