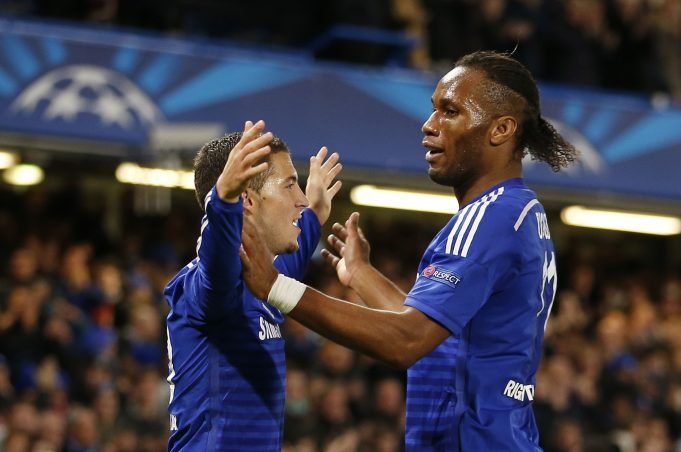 Didier Drogba has advised Eden Hazard to extend his association with Chelsea.

The forward has been Maurizio Sarri’s main man since the Italian took up the charge. Despite a number of hiccups, the Belgian has found the net on 13 occasions alongside setting up another 11 goals in the top flight.

Hazard’s excellent form for the Blues has made him a soft target for the clubs and Spanish giants Real Madrid are believed to be monitoring his development. Following an underwhelming season president Florentino Perez is poised to overhaul the current squad in the summer and Hazard is their primary target.

The forward has a contract till 2020 and the West London giants could be forced to cash in if he refuses to extend his existing contract.

Drogba said, Why should he leave? I think he can have this here in Chelsea.

“I had many opportunities to leave and I decided to stay to make my own story and win the Champions League here. I think he’s got a chance to make his own story.

“This club is still young and we need people like him to improve the quality in terms of Champions League trophies in the room, he can help us.

“I will be very happy if he stays here, but if he goes to Madrid, good luck to him.”