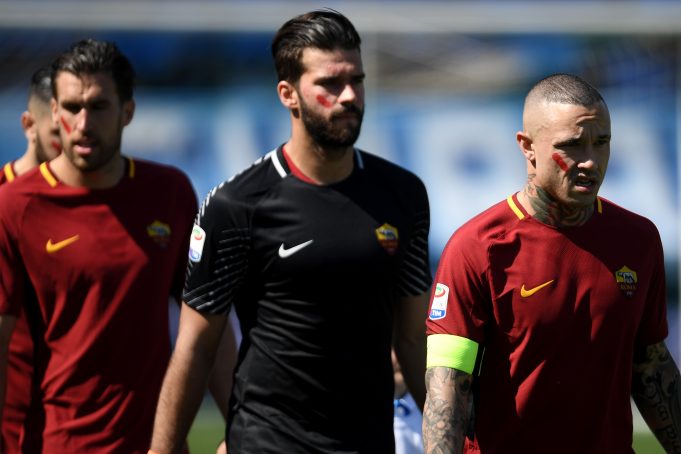 The Blues have launched a huge bid for Serie A superstar.

Chelsea have made €65m bid and a lucrative offer for Alisson.

It is claimed that Chelsea have made an offer of €60m for Roma goalkeeper Alisson.

The Blues are set to step up their game by recruiting a new manager and by signing a top goalkeeper.

Conte is almost certain to leave Stamford Bridge this summer after a disappointing campaign.

His future has been under scrutiny ever since he demanded for a pay-rise without extending his contract and for his complaints over the club’s transfer policy.

Meanwhile, Thibaut Courtois has been linked with a summer exit. His contract will expire at the end of the next season and the Blues have had talks with him over a new extension deal but he has been stalling.

English giants would part ways with Courtois and are said to be in search for a new goalkeeper.

According to The Sun, the Blues have made a bid of €60m for the player, while they would offer Alisson wages of €4.5m a season.

It is highly unlikely that Roma will accept the 65 million euro bid. The Italian giants are in no rush to sell their star player and would demand more money.

Liverpool and Real Madrid have already been chasing Alisson for 6 months.