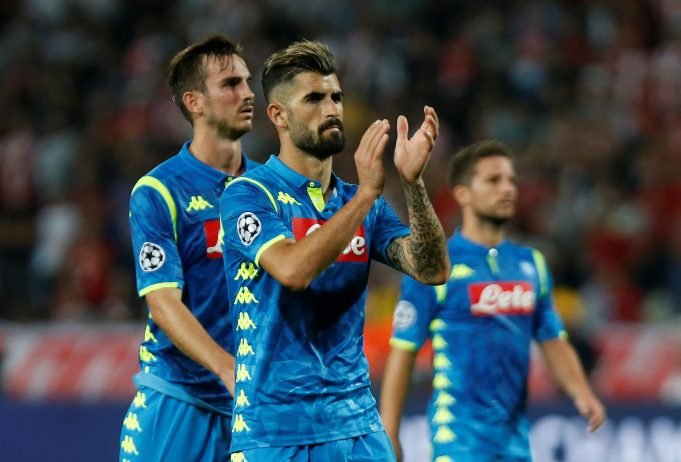 Chelsea are interested in signing Napoli right-back Elseid Hysaj according to the player’s agent Marco Giuffredi. Hysaj has been a key player for Napoli ever since joining the club from Empoli in 2015.

This season, Hysajhas made 13 appearances across all competitions, providing an assist. However, the emergence of summer signing Kevin Malcuit may put Hysaj’s place in jeopardy.

Hysaj’s agent has said that several top clubs are keeping close tabs on the 24-year old. He said, “Chelsea in for Hysaj? If you see Napoli are playing Malcuit and hear they’re looking at other players, it means there are also enquiries. Those who say otherwise are misinformed. Hysaj is a player who can do well in English football, given he’s very physical and being watched by big clubs.”

Besides Napoli, Hysaj is also a key player for the Albania national football team. He has made 43 appearances for the national team since making his debut against Georgia in 2013. Hysaj played a key role in Albania’s qualification to Euro 2016, their first major tournament. He went on to play all matches for Albania in the tournament.

Provided Chelsea do manage to sign Hysaj, he may endure a very hard time trying to find a place in the playing XI due to the presence of Cesar Azpilicueta.