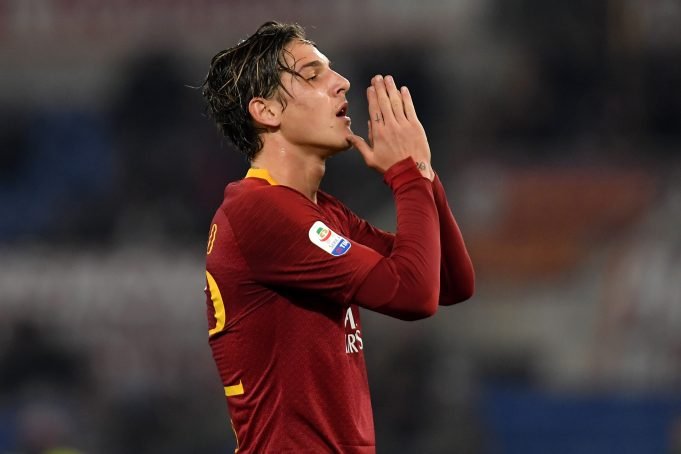 According to reports from La Gazetta Dello Sport, Chelsea are interested in signing Roma teenager Nicolo Zaniolo. Zaniolo joined Roma from Inter Milan in the summer in a deal that saw Radja Nainggolan going the other way.

The 19-year old attacking midfielder spent the first couple of months of the season of the bench but has featured in all of Roma’s matches since November.

So far, Zaniolo has made 20 appearances for Roma, scoring 3 goals and providing 2 assists. Zaniolo’s current contract at Roma runs out in 2023 but there are talks of an extension till 2024.

He is one of the most talented youngsters in Italian and his performances have attracted the attention from several top clubs including Real Madrid. Recently, Arsenal also showed interest in the Italian teenager.

Chelsea are eager to add some reinforcements to their squad but given that they will already have an attacking midfielder in the summer in Christian Pulisic, Zaniolo may barely get any playing time at Chelsea.

Besides, Roma definitely won’t be eager to let go of Zaniolo.