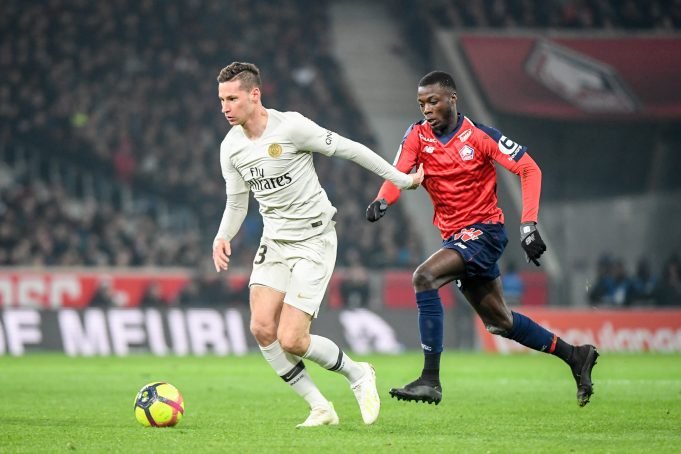 According to reports from the Mirror, Chelsea are interesting in signing Lille winger Nicolas Pepe. Pepe has been in fine form for Lille this season.

The youngster has scored 20 goals and has provided 14 assists in 35 appearances across all competitions. His performances have put Lille in a solid position to play the Champions League next season.

It is also believed that Lille will not sell Pepe for any price less than £70 million.

The transfer fee is the least of Chelsea’s concerns at the moment as they first need to have their transfer ban lifted.

Chelsea have signed only one player from Lille so far and that is Eden Hazard in 2012.

Chelsea currently have a very suitable option at right winger which is Pepe’s position and that is Willian. And next season, they will have Christian Pulisic who also plays as a right winger. Hence, it might seem redundant if Chelsea sign another right winger.