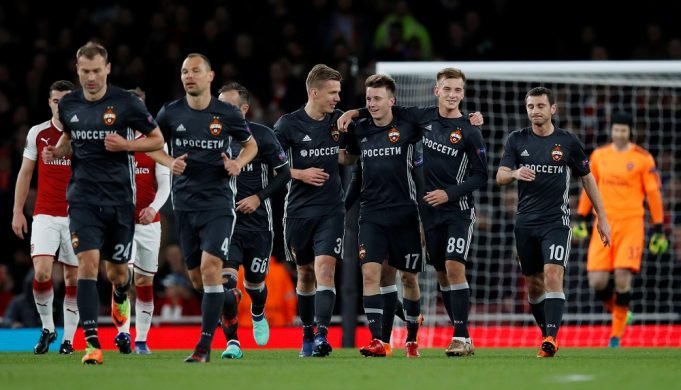 Aleksandr Golovin has shone for CSKA Moscow this season, displaying many impressive performances for the club. Golovin has appeared 23 times this season, scoring four goals and assisted two. He made five appearances in the Europa League, scoring twice.

Born in Siberia, Golovin took his first steps in football by playing futsal in his initial years and was picked up by CSKA when he was 16 and had developed technically because of futsal. His playing style has drawn comparisons to former Manchester United star Andrei Kanchelskis.

The 21 year old is a very versatile player, who can either play as a midfielder right behind the striker or up front or in either of the wide areas.

His form this season have caught attention of top European clubs ahead of the summer transfer window. Chelsea and Napoli are reportedly eyeing up moves to sign him according to Calciomercato.

Chelsea are expected to overhaul their squad this summer and could make the Russia International their first signing. Though it is reported that they are likely to send him out on loan to Dutch side Vitesse.

Golovin is said to be valued at around 15 million euros by CSKA Mocow.

The midfielder has already been capped 17 times and set to be a part of Russia’s squad in the World Cup this summer.