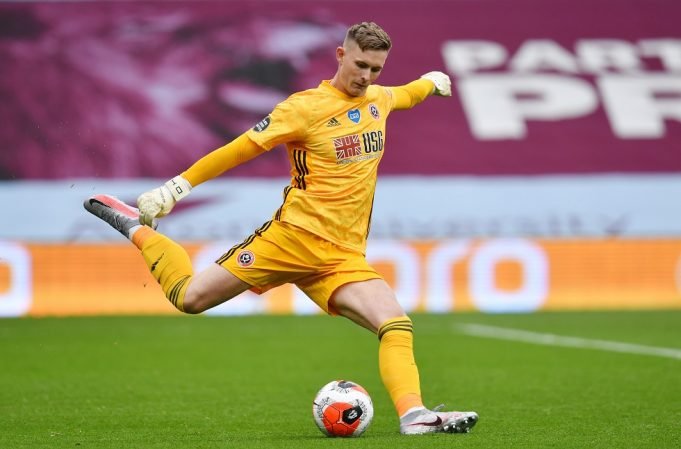 Sheffield United have greatly benefitted off of Henderson’s presence in goal across the past two seasons. His services have been retained until the end of this one.

United are looking to extend the 23-year-old’s contract but the Blues are interfering so much so, that they have prepared a sizeable sum. Reports suggest that Henderson could cost £53 million in the current market. His value has skyrocketed after his performances has tipped him to challenge Jordan Pickford and Nick Pope for the England number one spot.

Frank Lampard wants a replacement for Kepa Arrizibalaga and a young English prospect fits right into his criteria. He has already secured the services of Timo Werner and Hakim Ziyech and looking at more additions. Henderson could relieve some of his frustrations with the team’s defence but will not come cheap.

But it will be difficult to convince Manchester United into selling their prized asset. David de Gea has fallen off the mark in recent times with his performances. He has received heavy criticism after conceding in the 1-1 draw against Tottenham Hotspur. While the Spurs goal wasn’t entirely his fault, one cannot deny how many times De Gea has truly dropped the ball this season.

Roy Keane had some harsh words to say about the Spaniard who has won the Manchester United Player of the Year four times in the past decade. The Irishman said, “I’m sick to death of this goalkeeper. I would be fighting him at half time, I would be swinging punches. This is an established international goalkeeper.”

This situation has drawn in speculation over United possibly replacing De Gea with Henderson. That would definitely disrupt Chelsea’s chances of signing the latter.