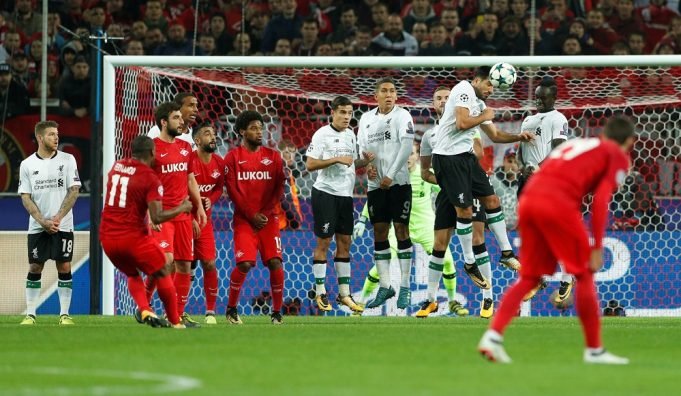 The midfielder is also a target for other clubs

Chelsea are looking to overhaul their squad this summer after a poor Premier League campaign this season. They are expected to add reinforcements in key areas.

The Blue’s have prioritized signing a central midfielder to play alongside N’Golo Kante. Last year summer signings Danny Drinkwater and Tiemoue Bakayoko have struggled to get a regular run in the team.

Bakayoko joined from Monaco for £39.7 million last summer and has made a slow start to his career. Whenever he was given chances, he failed to impress and ultimately fell behind the pecking order.

Drinkwater was bought for £35 million on deadline day in August having made clear his desire to move. But has just started 12 games for the Blues in all competitions and could be sold after a frustrating year.

Nice midfielder Jean Micheal Seri has been heavily linked with a move to the Premier League giants but they are interested in another midfielder.

Chelsea are chasing Spartak Moscow midfielder Fernando, reports The Sun. His impressive displays has caught the eyes of the club. He has made a huge impact in Russia since his £10 million switch from Sampdoria two years ago.

Spartak are on the course for another Champions League campaign but the Brazilian midfielder wants to play in a top European League next season. The club top brass value the 26 year old at around £22 million and will hope to spark a bidding war for signature.

£22 million is affordable for Chelsea but they could face a stiff competition from Everton and Tottenham who are also in the market for a new midfielder.

Read Also: The Blues could consider loaning out their youngster