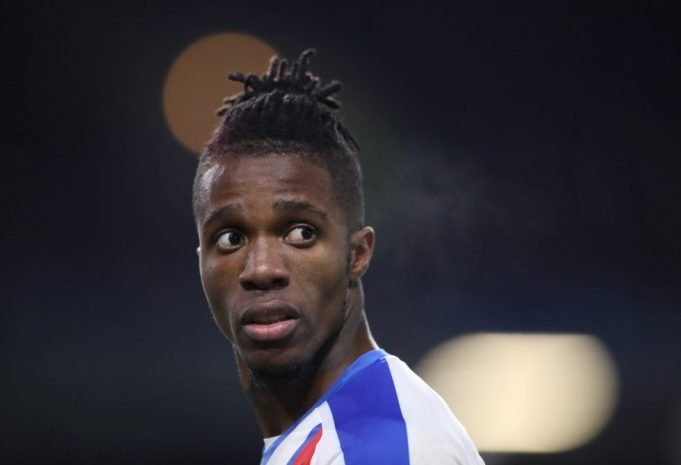 Wilfried Zaha is capable of producing game-changing moments at Chelsea.

According to journalist Dean Jones, Chelsea have Wilfried Zaha ‘in the background’ of their transfer plans at Stamford Bridge. The Crystal Palace star has been linked to various top clubs.

There is uncertainty over Zaha’s long-term future as he will enter the final six months of the Crystal Palace contract.

Graham Potter could test the south Londoners’ resolve by heading to the negotiating table when the transfer window reopens in January.

Chelsea have been interested in Zaha for a prolonged period of time and considered making a bid in August.

Speaking on The Five Podcast, The Athletic journalist David Ornstein has added that the winger may snub a new Palace contract as he looks to secure a move to a top-six side next summer.

It is understood that the Eagles have offered Zaha fresh terms after holding talks with his representatives for more than a year, but there are doubts over whether he will put pen-to-paper.

Jones believes Zaha has started the season in fine form and is capable of producing game-changing moments.

The transfer insider feels Chelsea could up the ante in their pursuit of the 26-cap Ivory Coast international if they fail to lure any of their other attacking targets to the capital.

Jones told GIVEMESPORT: “Zaha is having a really good time at the moment. There was one moment in the Crystal Palace game against Wolves where he was so good and very few players in the world that can produce moments like that.

“He’s a player that’s been on the radar for teams and they’re all almost too scared to actually go for it. I know that Chelsea still have him in the background as somebody they might turn to if other targets don’t come through.”

Zaha is valued at £34.2million by Transfermarkt, could be available for a cut-price fee when the winter window opens in January if it becomes clear that he is not interested in signing a new contract at Palace and Chelsea would be wise to take advantage.