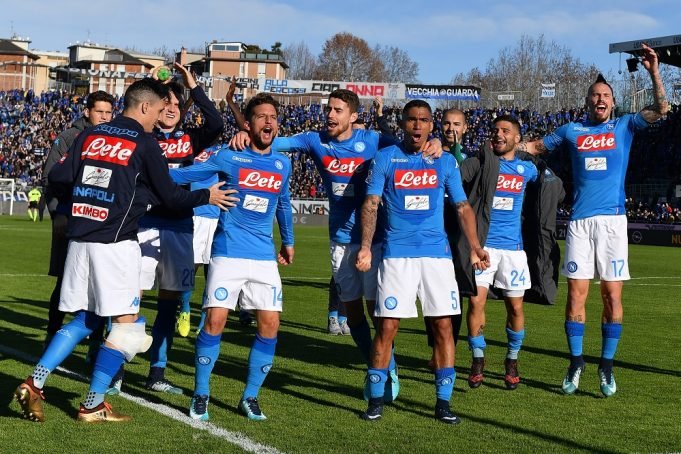 The player is reportedly in London ahead of a potential move

They have been behind in the transfer window compared to other Premier League rivals as they didn’t clarify their managerial situation. Antonio Conte has been heavily linked with a summer exit since the end of the season.

The English club have finally parted ways with the former Juventus manager as they announced on their official website. Former Napoli manager Maurizio Sarri is expected to be announced as their new manager in the coming days and he will be joined by one of his former players.

Jorginho has arrived in London ahead of a potential £57m move to Chelsea, Sky Sports News understands.

Manchester City were expected to complete the signing of the Italian midfielder before the World Cup but they are yet to get the deal over the line. Partenopei wants £48 million and are refusing to budge on that valuation.

But the player has snubbed the chance to join the Premier League giants and is instead will join the London club.

Read Also: Antonio Conte leaves Chelsea – This is the reason