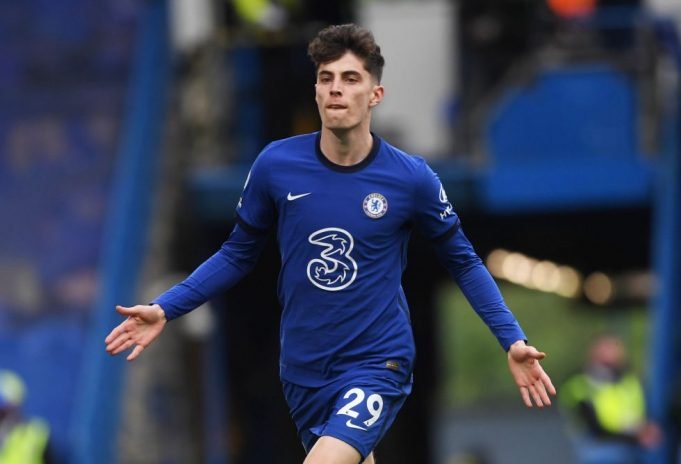 Kai Havertz insisted the players have gathered plenty of momentum to reach the Champions League final.

Chelsea are to face Manchester City in the ultimate stage on Sunday.

Bookmakers had them eighth favourites to win the competition when they were in the knockout stages in February. Now, they have a decent shot at clinching silverware after what has been a season of ups and downs.

“We’ve picked up a lot of self-belief over the last few months from our good results and how we’ve played,” Havertz told the club’s website.

“Self-belief is generally very important in football and ours has improved a lot, so it’s made a difference.

“Porto and Atletico were difficult to play against because of their defensive strengths,’ added Kai. They set themselves up in their own halves and wait for you to make a mistake. For me, those were the most difficult games.

“My favourite game would be the second leg against Real Madrid when we reached the final. That was good. There’s been a few good games, but for me the highlight would have to be the game against Real.”

The German continued, “It’s about giving your all in the game, having fun, and hopefully winning.

“Being in the tunnel, walking out, hearing the anthem, and then giving your all for over 90 minutes…it’s a childhood dream which has been reached but not yet fulfilled.

“We still need to win and we’ll do everything we can to do just that.”