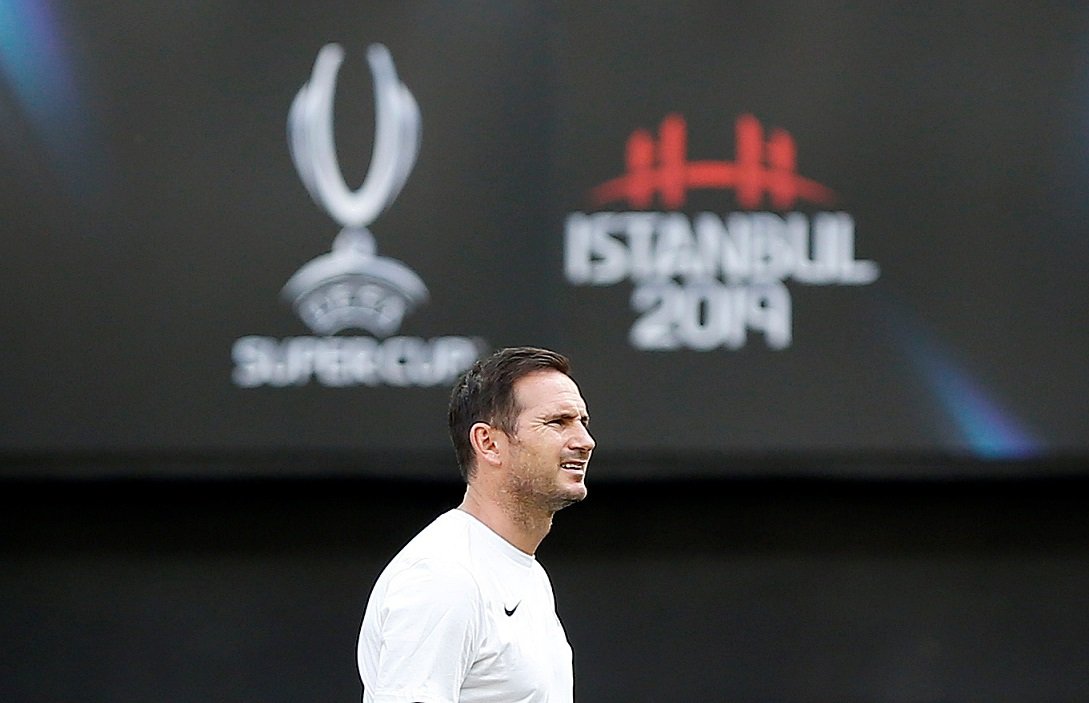 Chelsea are about to take on Liverpool for the UEFA Super Cup clash on Wednesday night and manager, Frank Lampard is not interested in hearing out “excuses” later on.

The Blues were completely driven out of Old Trafford last weekend by a 4-0 battering. Manchester United took advantage of Chelsea’s unhinged defence line to make a formidable statement on Premier League’s first gameday.

Of course, the defeat and the manner of it immediately ushered in criticism from all corners of the world. Jose Mourinho took a run at Lampard’s player selection and how Tammy Abraham and Mason Mount could have been replaced by more experienced personnel.

“Going up against the team with the quality of Liverpool in a final is as tense as finals can be,” Lampard told uefa.com. “Every player in there needs to be aware of the importance of the game to this club and we have to give everything because it’s going to be tough.

“It’s going to be tough, but we cannot walk off the pitch and think, ‘Oh, we could’ve done that’ or ‘We missed that opportunity’ or ‘We weren’t quite ready’ or make any excuses for ourselves.”

Lampard clearly believes that Chelsea have no room to justify a defeat against the European Champions, even if they are under a new regime and have a lot of youth talent.

“We need to be absolutely ready,” the Blues manager added. “It’s a cup that the club desperately wants to win. I’ve never won it, a lot of players in there have never won it, so we have to give it everything.

“You can lose finals; they’re very tough. But what you cannot do is lose it on the premise that we weren’t prepared, or we didn’t have that hunger or desire or everything you need to try and win a game of this magnitude.”