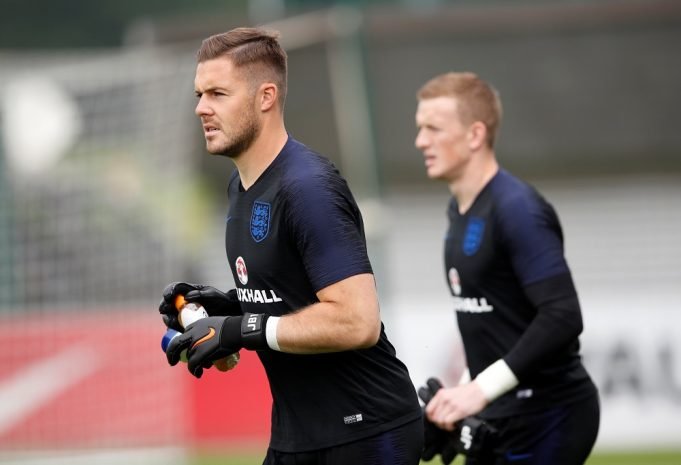 The Blues wants him to potentially replace Thibaut Courtois

One of the unexpected areas the English side might have to strengthen is between the sticks as Thibaut Courtois continues to be linked with Real Madrid in this transfer window, as they wants him as a long term successor of Keylor Navas.

The Belgium International has been stalling on signing a contract extension at Stamford Bridge for a past couple of months and could leave on a free transfer next year when his contract expires. The club are keep to keep him but they are also open to selling him this summer.

The English side have been linked with host of goalkeepers which includes the likes of Joe Hart, Jasper Cillessen, Joe Hart and even with their former goalkeeper Petr Cech though that deal looks very unlikely.

Chelsea have made Everton goalkeeper Jordan Pickford their top target to potentially replace Thibaut Courtois, according to Sky Sports.

The 24 year old was one of the standout players in this year’s World Cup and helped his nation to reach the semi-finals. He enhanced his reputation as one of the best upcoming goalkeepers.

Sarri’s side are yet to make a formal move but it is expected any deal to bring in the English shot-stopper from Goodison Park would prove difficult.