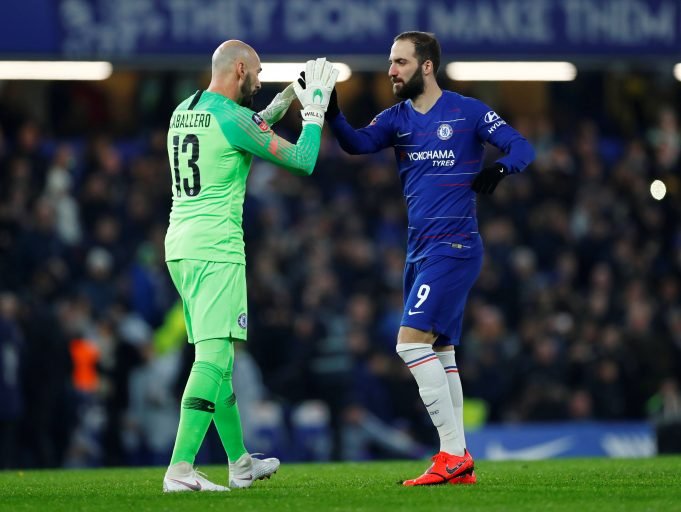 Chelsea goalkeeper Willy Caballero has said that new signing Gonzalo Higuain talked about the move to Stamford Bridge for a long time.

Higuain joined the Blues from Juventus on loan for the rest of this season. Though the London-based club will have an option to buy him in the summer.

Speaking to Goal, Caballero was talking about his team-mate and said: “We have been in touch [about the move] for a long time,” Caballero added. “I gave him every bit of time that a friend can give to another. Also, as a team-mate. We talked about the Premier League, this city, the club, about everything.

“When you are asked, you be honest and say the truth. Now, it is a reality. It is true and he is here. The first day is always a little bit stressful for a player and it was for him. But it is fun for me because I am over a year in the club and I am watching him as the new one in the changing room.

“It was fun to see him again and to be in the same team again, then after few minutes it becomes natural.”

The Chelsea keeper was also confident that Higuain would come up good in the coming days and months for the team.

He added: “”I also know him very well, but the rest of the team needs more time to do it. We are going to find great performances with him in our team in the future. He can do everything.”

Chelsea visit Bournemouth for their next league game on Wednesday night.