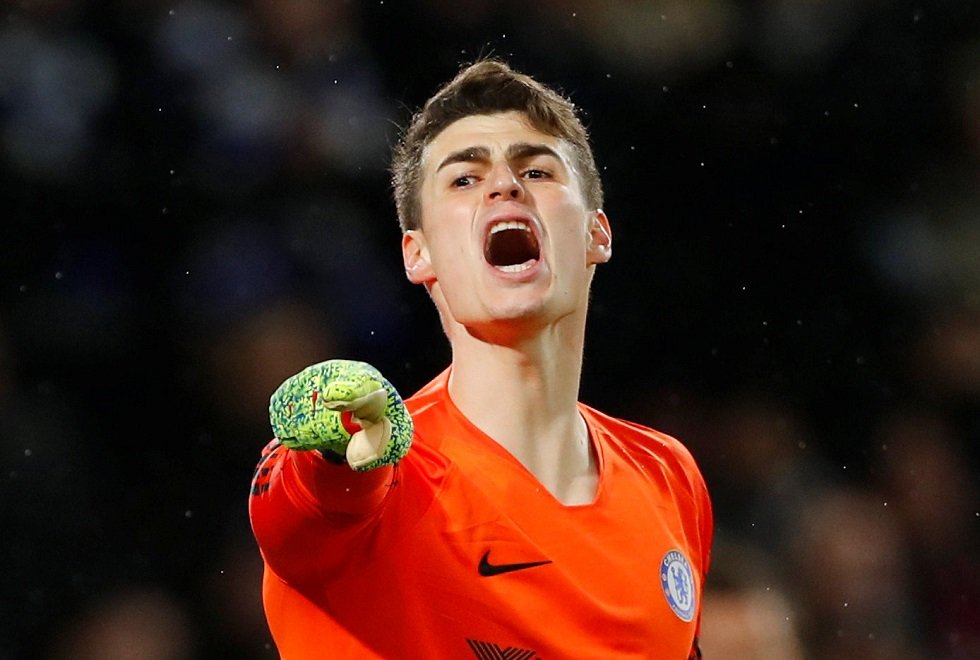 Kepa Arrizabalaga insists his infamous blow out with Maurizio Sarri during the FA Cup final last season was settled a day after the game.

The former Chelsea boss had decided to substitute Will Caballero in for Kepa as both teams were approaching an inevitable penalty shootout.

Kepa Arrizabalaga stood on the pitch and refused to come off, signalling to Sarri about his decision. The manager was obviously visibly unhappy, as was his assistant, Gianfranco Zola.

“I am not proud about what happened,” he told Cadena SER. “I lived through a storm that weekend. This is a situation that I never felt. He thought I was injured, everything went faster [than expected] and happened as it happened.

“I said sorry to everyone and Sarri explained to me how he felt after this, but we were in the spotlight this week.

“Internally, everything was solved and finished the day after Carabao Cup. From now I will ask the manager [questions] just in the half-time of the extra-time!”

To everyone’s surprise, Arrizabalaga was dropped for only one game after which he was restored as the club’s number one goalkeeper. Sarri admitted to the press that the situation had been settled but he more or so looked to have been forced to say it in public.