Chelsea games with the most red cards 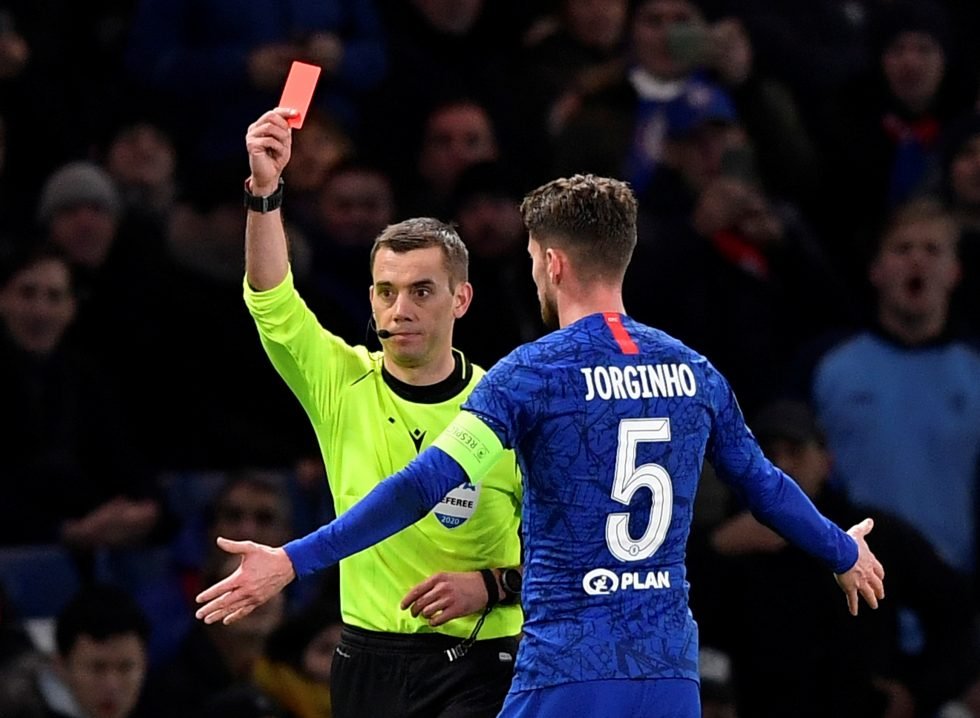 Chelsea games with the most red cards in Premier League history

Chelsea games with the most red cards in one game

Premier League Chelsea Most red cards in a game (Overall)

Chelsea games with the most red cards in Premier League history 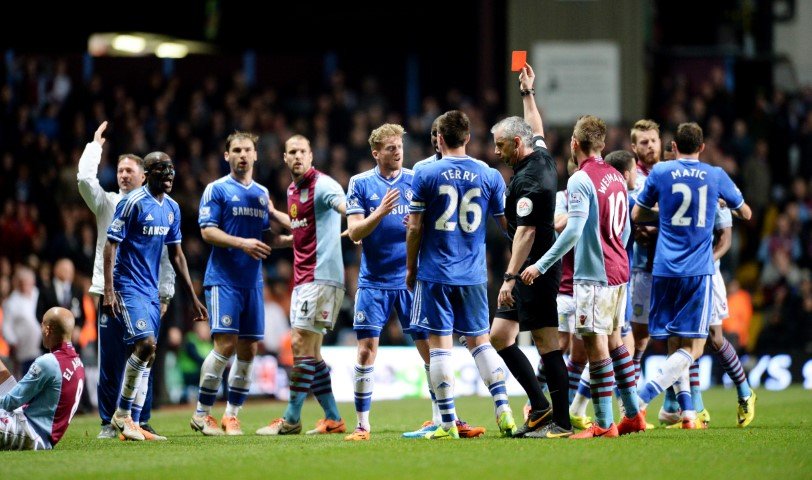 First on our list of the Chelsea games with the most red cards was against Aston Villa. Villa hosted Chelsea on 15th March 2014 in what was a close game. The match took a turn for the worse for Chelsea as they had two players sent off. Villa ended up winning the match 1-0. Nine-man Chelsea did their best to stay in the contest but in the end it was just too much to ask of those players still on the field.

The match was a fierce encounter with four Aston Villa players seeing yellow too.

Here are the team lineups that day: 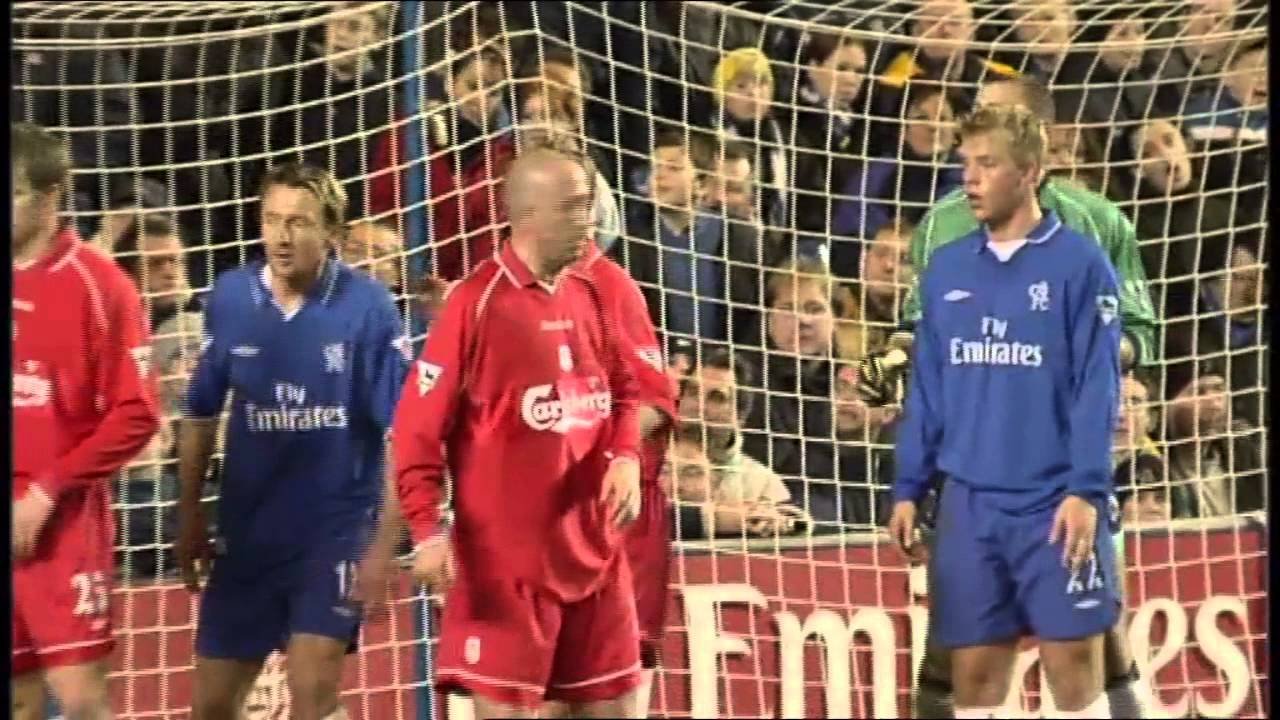 Chelsea went to Anfield hoping for a win on the 16th October 1999. But two Chelsea players were sent off which harmed any chance of a win.

The Reds won 1-0 as Marcel Desailly earned a sending off after a second yellow in the 73rd minute. While Dennis Wise earned a straight red with violent behavior.

Four Chelsea players and four Liverpool players were all cautioned in the fiery match. 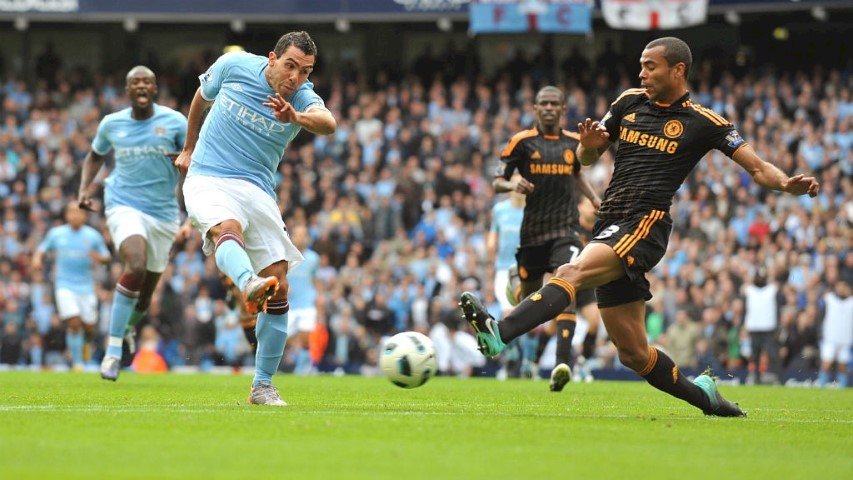 Man City won the game 4-2 in the end as nine-men Chelsea struggled.

Juliano Belletti saw straight red after a dangerous foul in the 75th minute. While Michael Ballack earned his marching orders after a second yellow in the 81st minute. 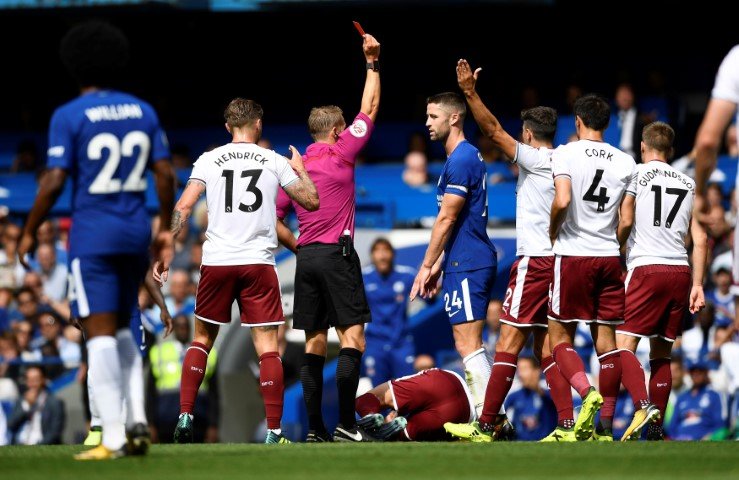 The first game of the season for Chelsea saw them playing at home to Burnley. However, the match couldn’t have gone more wrong for the Blues.

Gary Cahill earned a straight red card after a reckless foul in the 14th minute. Burnley went 3-0 ahead but Chelsea fought back with a debut goal from new boy Alvaro Morata. But it wouldn’t be enough as Chelsea’s Cesc Fabregas earned a sending off after a second yellow in the 81st minute.

Three Chelsea players and three Burnley players had cautions too.

Although Chelsea managed to turn things around a bit after that match, The Blues had a bad season. It seemed not all was right with Chelsea ever since this game. 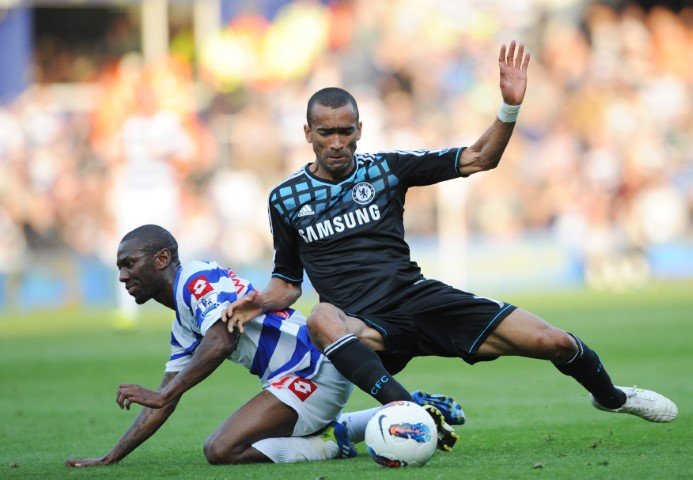 This game was so fierce that we also have this game in our Chelsea games with the most yellow cards list too. Queens Park Rangers hosted Chelsea on the 23rd October 2011. The match will go down in history as one of the most fierce and rough game of Premier League history.

The nine-Man Chelsea team cold not do anything to stop QPR from having a rare 1-0 win over Chelsea. The seven Chelsea players had cautions over ‘unsporting behaviour’ while two QPR players were given a warning too. 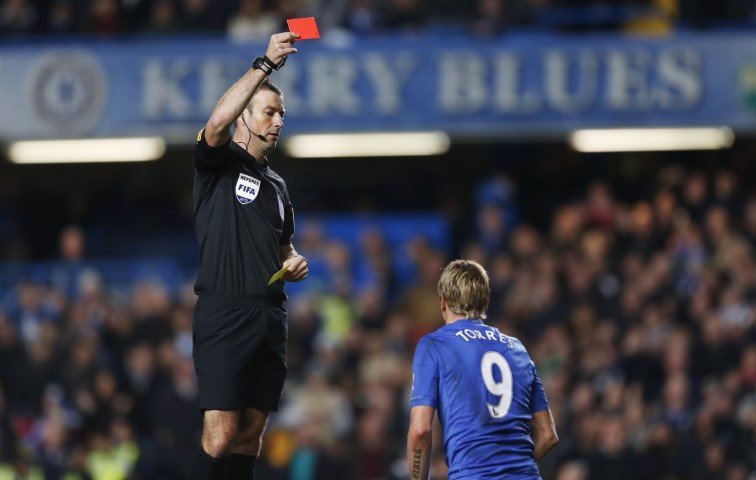 Chelsea hosted Manchester United on 28 October 2012 in a fierce match. The Blues lost 2-3 to United with two Chelsea players sent off.

Branislav Ivanovic saw a straight red card in the 63rd minute. The Serbian tripped up Ashley Young and by doing so, stopped a goal chance for United. While Fernando Torres was sent off for diving in the 69th minute with a second yellow card.

Chelsea have been a whole different team this season in terms of discipline. They are one of the better team in terms of cards picked up.