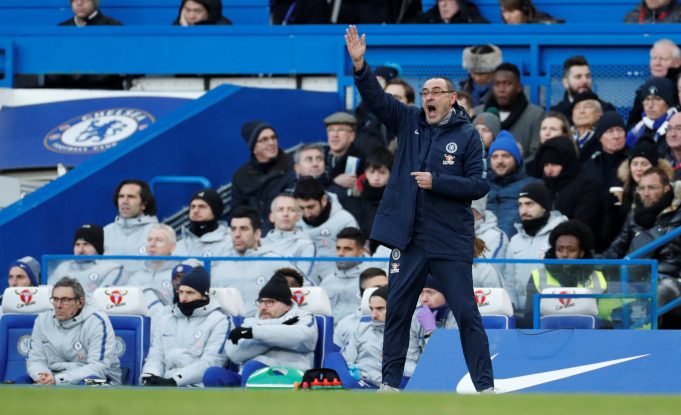 Ian Holloway has expressed his frustration at Chelsea for their transfer policy and how they do not allow their squad players to play more because the managers have to deliver constantly.

“It doesn’t surprise me that they can bounce back with the sheer talent that they’ve got in and around the club at all levels really,” Holloway said. “I probably get more frustrated with Chelsea than anyone else as a manager.”

“I think they’ve been buying some brilliant young players, stacking and racking them for years and years to save themselves some money, but they don’t get into the team. [Ruben] Loftus-Cheek, every time I go there I think ‘oh please give him a game, give him a game, bring him off the bench’. I just don’t understand it. It’s probably because their manager has to win.”

Chelsea came back strongly after a humiliating defeat and Sarri is happy with his team for now.

“Higuain is improving,” said Sarri. “He wasn’t physically at the top when he arrived, because he had a back problem and wasn’t involved, so only played a few matches. He is a great player. Apart from the goals, he is really very suitable to play very close to Eden [Hazard].”

SEE MORE: Former Liverpool star claims Gary Cahill snubbed a move to Fulham because he thinks Sarri is going to be sacked