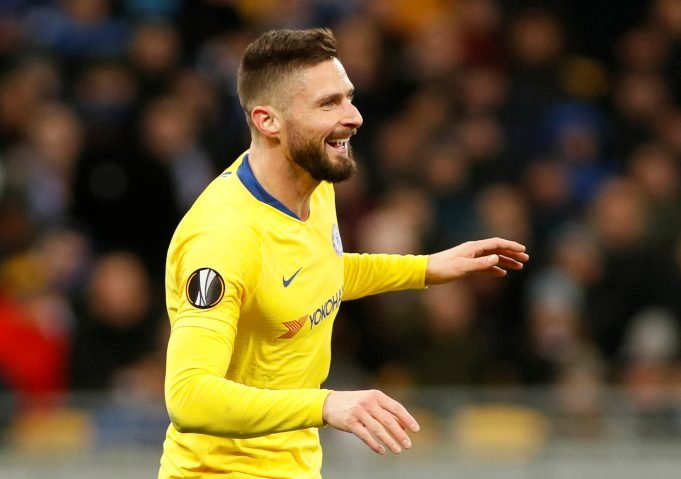 Olivier Giroud is ready to leave Chelsea if his playing time doesn’t improve in the near future.

The French forward has had to settle for some handful of game time since the arrival of Gonzalo Higuain at the Stamford Bridge. The former Arsenal striker netted a brilliant hat-trick in the 5-0 rout of Dynamo Kiev in the Europa League but things remain same.

The 32 year old arrived when Antonio Conte was at the charge of the Blues. Despite being linked with a host of French clubs in the summer the World Cup winner stayed back and decided to fight for his place.

But Maurizio Sarri has been pretty strict when it comes to selecting his starting lineup in the top flight and as a result, Giroud’s last start came way back in December against Crystal Palace.

The French striker insists he could consider his future if the current situation doesn’t change. “Of course it’s frustrating.

Today, I have the impression there is clearly no competition [for places in attack] since January.

“It’s like that, I know that I will only play in the Europa League. I try to do what it takes to be as effective and as important as I can for the team.”

“The future may be hectic this summer

“I’m not afraid to go down a level to have more playing time. It could be I end my career in France.”