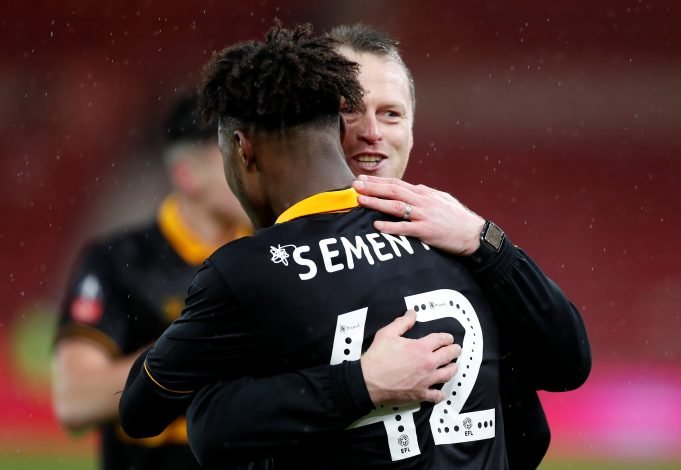 Chelsea are reported to be keeping tabs on Bristol City youngster, Antoine Semenyo who has been recalled from his loan spell with Newport County.

As per the Daily Mirror, the Blues have already seen their initial £1m offer get rejected for the 19-year-old forward.

The Robbins are demanding a fee nearer to the £2m mark with some rumours stating that Semenyo could on his way out of Ashton Gate this month. He is subjected to interests from Manchester United as well but no offer has come from Ed Woodward’s camp.

Semenyo has scored 6 times and laid out 2 assists in 31 appearances this season. Him being recalled by Bristol despite having such a successful loan spell surely has cast some doubt regarding his future at Ashton Gate.

The Englishman is developing into a fine attacking presence and is worthy of making the jump into the top leagues right now. He is not expected to make an immediate impact for Chelsea if he does make the switch to Stamford Bridge but he could surely further his development as a young footballer.

All plans relating to the Chelsea first team might have been concluded by Maurizio Sarri as the rest of the board looks towards future additions. The thought of losing Calum Hudson-Odoi to Bayern Munich might have pushed the Roman Abramovich management to look for alternatives in the local market.