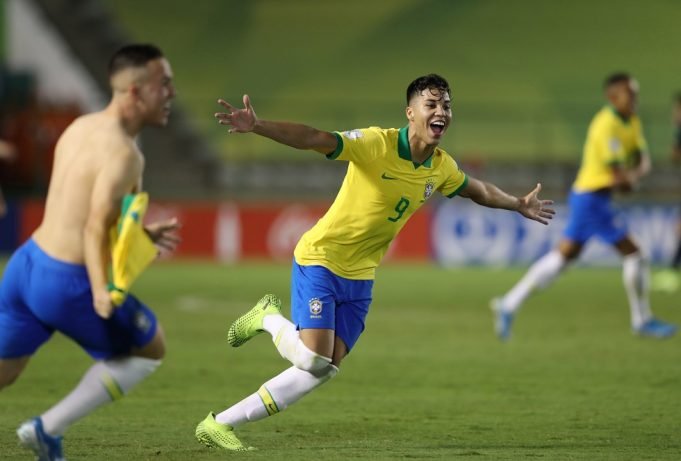 Chelsea are eyeing up Santos youngster, Kaio Jorge who has dubbed to be the next Cristiano Ronaldo.

Juventus and Bayer Leverkusen are also monitoring him for a potential move this summer. Chelsea have the advantage of knowing Jorge’s agent quite well since he also represents Oscar and David Luiz.

Jorge is signed to Santos until June 2022. His last extension came in January of last year and Juve seem to be the favourites to land him. The fight is still not over yet with the coronavirus pandemic complicating transfer business for all clubs.

When asked about his future, Jorge replied, “I leave these things to my agent. I don’t get involved, he manages them. Right now I’m very happy at Santos and I want to keep doing well, growing and improving my football. Every day I learn something new and get stronger.”

The teenager has scored just a single goal for Santos but his true potential was on display during the U17 FIFA World Cup. He scored five in the tournament and impressed plenty of onlookers. His superb technique, quick feet and great aerial ability has drawn comparisons to Cristiano Ronaldo.

Chelsea do need more attacking options upfront. Frank Lampard has been requesting more firepower ever since the season practically started. Michy Batshuayi and Olivier Giroud seem to be not cutting it under the 41-year-old and Jorge could be a brilliant project to mould.