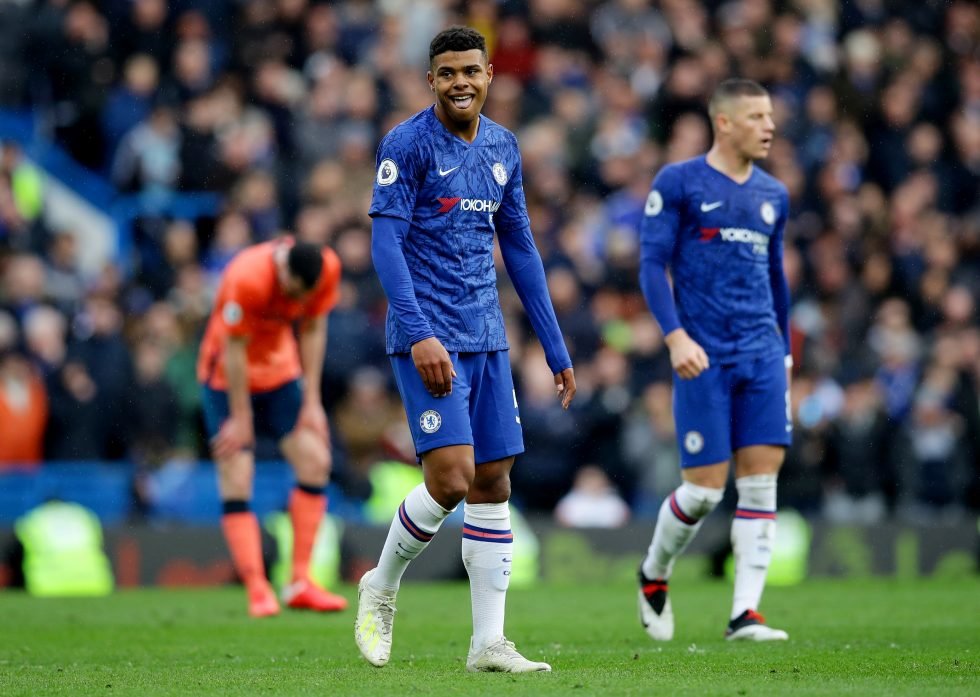 The biggest star to come through on the Chelsea team this season from the Under-18 squad is none other than Callum Hudson-Odoi. His talent shows how much talent is there in the Chelsea under-18 squad.

Chelsea are a club who have been criticized multiple times for their handling of the youth. It has been noted, mainly by the number of silverware the kids have won, that the Chelsea U-18 team has been extremely overlooked.

The senior team has always had new world-class players come in, which has come at the cost of these young players who despite being extremely talented have not been able to break into the first team.

Here we look at the full squad list of the Chelsea FC Team Under-18s 2020.

The Under-18s, also frequently referred to by the traditional ‘youth team’ name, is a side consisting of the youngest players to have been given full-time scholarships by the club having reached the end of statutory education.

The Blues are famed for their excellent youth squad development. Chelsea have won multiple youth competitions such as the Youth FA Cup and the League. It’s crazy that not more young players have made it at Chelsea. Youngsters like Callum Hudson-Odoi and Ethan Ampadu are close as they have featured in the first-team lineups. While others may never play for the Chelsea senior team.

The Blues sold Nathaniel Chalobah and Nathan Ake who were close to breaking into the first-team. So it was disappointing that Chelsea sold them.

Right now, Ruben Loftus Cheek is on loan at Crystal Palace while Charly Musonda is at Celtic. It looks as if though, that Loftus-Cheek is the most likely loan player to make it at Chelsea. Other players such as Kurt Zouma may make it but he is at Stoke until the end of the season.

Players with an asterisk also play in the U19s.

A very tall and big presence on the pitch, he featured on the bench in the FA Youth Cup last season and has been involved with the Under-18s on a number of occasions. Prince has been part of the full-time school programme at the Academy.

A hard-working and dedicated player who thoroughly enjoys his football, his energy on and off the pitch is infectious throughout the group. He has also been part of the full-time school programme at the Academy.

A central defender who sometimes operates as a full-back or central midfielder due to his versatility, he enjoys playing with the ball at his feet and has represented England at Under-17 level.

An attacking midfield player who has the ability to play box-to-box, he likes to create and score goals and is very tenacious in the tackle. He has represented England at camps at Under-15 and Under-16 level and scored one goal for the youth team in 10 appearances while still a schoolboy.

A right-footed left-winger who can be either very tricky or direct on the ball, he creates many assists but also enjoys scoring goals. He is another exciting attacking player and has represented Sweden up to Under-17 level. In November 2020 he sigend his first professional contract with Chelsea keeping him at the club until 2023

A talented left-footed attacking player who can play out wide or through the middle, Tudor attends Eton College where he studies a range of subjects including English, Greek, German, Latin, Maths and Physics, and has been involved in England camps at Under-15 level.

A tall and strong forward, Louis can operate from the left or in the centre and has an eye for goal.

A constant threat who loves scoring goals, Ronnie already has one at Under-18s level having made 10 outings for Ed Brand’s team as a schoolboy in 2020/21. 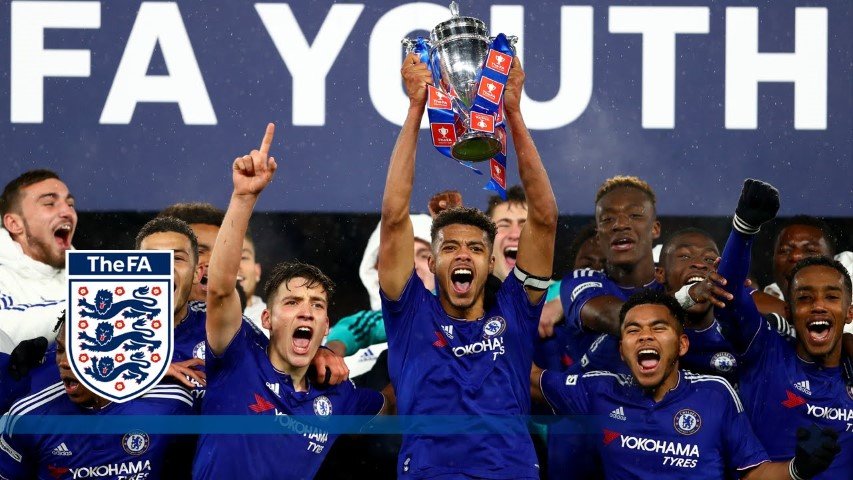 The Chelsea Under 18’s with the FA Youth Cup.

The squad size: There are 20 players in the Chelsea U18 team.