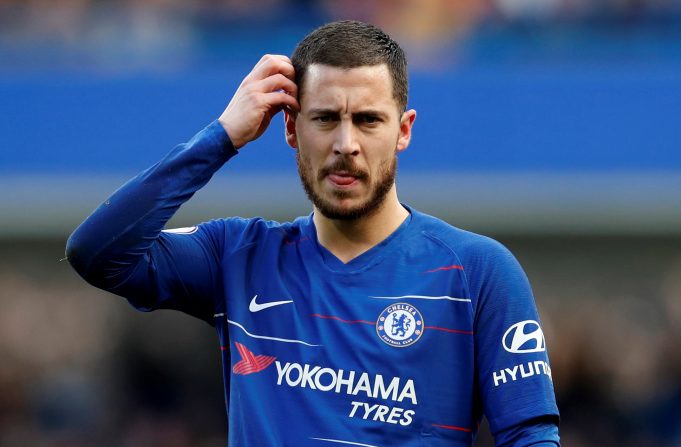 Chelsea fans have let up on their hopes to keep Eden Hazard beyond the 2018/19 season after Zinedine Zidane’s reappointment as the Real Madrid manager.

The Frenchman made his return to the head coaching post at the Bernabeu after only leaving it 10 months back. He was also linked with Chelsea last month as a potential replacement for Maurizio Sarri.

The consensus amongst the Blues faithful was that Zidane’s arrival to the Stamford Bridge might just be enough for Hazard to resign with them. However, the Belgian has already notified the fans that he has decided on where he plans on going next season.

Real Madrid have achieved a lot of success in the past 3 seasons under Zidane. The former midfielder is expected to bring the team back out from their recent slump ahead of the 2019/20 campaign which could also mean an aggressive strategy of making a few marquee signings.

Plenty of Chelsea fans expressed their feelings over the recent turn of events in the footballing world. Express accumulated the reactions of a few of them.

One fan said, “So sad that Hazard’s 100% off now, our last hope was Zidane at Chelsea.” While another posted, “Unfortunately us Chelsea fans have to accept, #Zidane back to Madrid makes Hazard very likely to leave. No hard feelings, he deserves this.”

One just pointed it out in bullet points – “Zidane back to Madrid, Chelsea got transfer ban…Goodbye Eden.”