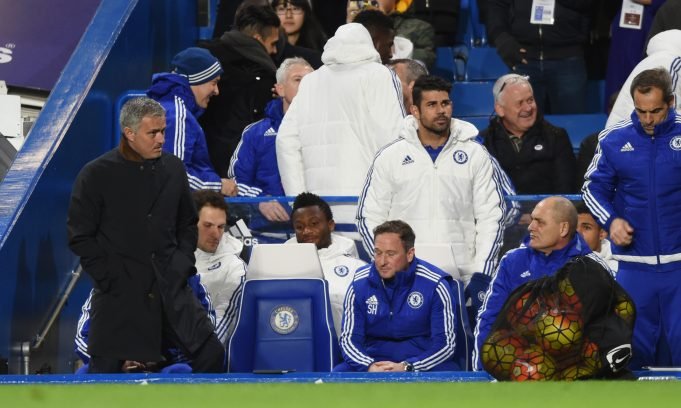 Chelsea fans are convinced that England assistant coach, Steve Holland should be the one to replace Maurizio Sarri as soon as possible.

The Blues looked to be on the brink of yet another embarrassing defeat at the hands of Cardiff City on Sunday before goals from Cezar Azpilicueta and Ruben Loftus-Cheek saw them clinch a last gasp win at Wales.

The support behind Sarri has continued to reduce as the season progressed and it seems to have hit an all-time low after last night’s performance. The Italian is not expected to continue for long with the Chelsea fans eager to get rid of him right now.

Holland is being touted as a replacement, having spent 6 years at the club as their assistant manager. The 48-year-old even was appointed as the interim boss when Jose Mourinho was fired in December 2015. Daily Star accumulated some of the reactions of the club’s fans from social media.

While another wrote, “Let Steve Holland take over this team till the end of the season. Sarri is clueless.”

“Our only chance of finishing top 4 is the Europa league & only way to have any chance is bring in someone like Steve Holland who knows Chelsea, the players, young & old &most importantly was a part of winning many trophies with us,” one said.

Another fan said, “Steve Holland, Jody Morris, John Terry. I would *genuinely* rather see any of these take charge of the rest of our games than Maurizio Sarri at this point.”

“Bring in Steve Holland as interim with JT. F*** it nothing to lose now,” one tweeted.

“Steve Holland, where art thou? @ChelseaFC,” said one.

“Bring in Steve Holland and passion fest our way to the Europa trophy. Sarri isn’t untouchable,” another added.