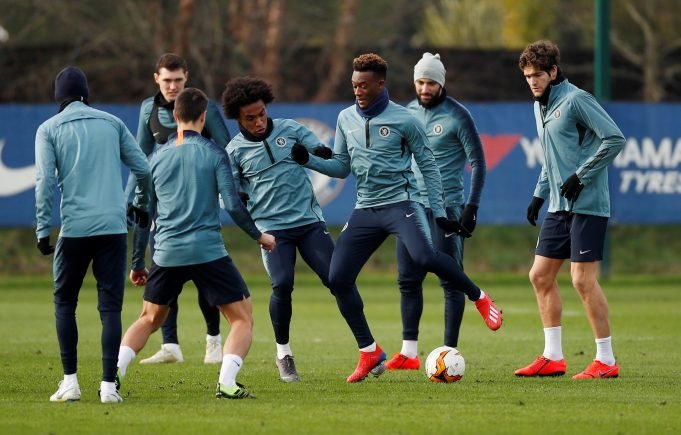 Callum Hudson-Odoi’s representatives have requested Chelsea to give him the number ten jersey despite Willian claiming to have already been offered the shirt earlier this week.

The Blues have recently signed Hudson-Odoi to a new contract of five years, keeping him at the Stamford Bridge beyond the 2019/20 season. The winger will reportedly make around £100,000-per-week which could also rise to £180,000-per-week through performance incentives.

As part of the negotiations, Hudson-Odoi has demanded the number left vacant by Eden Hazard this summer. Chelsea are yet to reveal the players’ squad number for the new season as Frank Lampard arrives at a decision regarding this matter.

He said, “There’s no confirmation on that decision. It will be taken in due course. Hopefully, his return to training date will be early August.”

Willian has worn 22, ever since he arrived at South London and has been a loyal servant of the club six years now. The Brazilian wore the number 10 shirt back when he was with Shakhtar Donetsk and several times for his county’s youth sides.

Hudson-Odoi, on the other hand, is a Chelsea academy graduate who took up the number 20 last season as he made his breakthrough into the senior side. He has had plenty of interest from Bayern Munich and it took a whole lot of convincing to get him to stay at the Stamford Bridge.

Since, Willian is only guaranteed one more season with the Blues, and Hudson-Odoi is to be the future of this football club, you can take a bet on who Lampard will back.