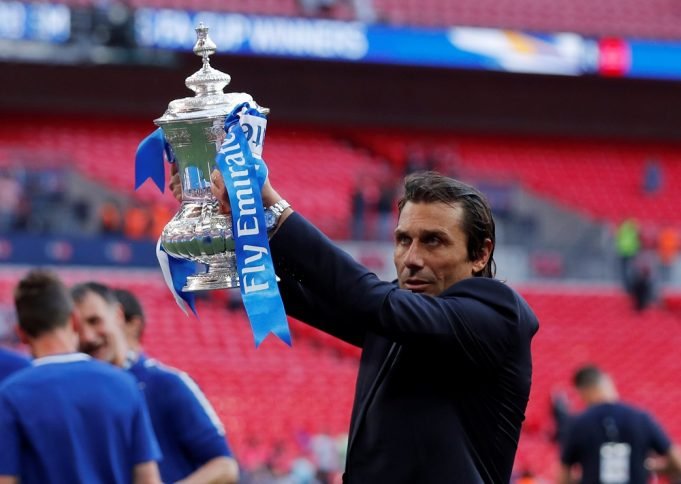 The Italian has been heavily linked with a summer exit

Antonio Conte took over the charge of Chelsea in the summer of 2016 and won the Premier League title on his debut season. But their title defense haven’t gone according to their plan as they have finished fifth in the league last term and will miss the Champions League in the upcoming season.

However the Premier League giants ended the last campaign on a positive note by winning the FA Cup against Manchester United. Despite that Conte is linked with a summer exit and is still expected to leave them.

The Italian has been linked with an exit for quite some now after a decline in club’s performances this season. The coach’s future has been under scrutiny since before the season began, as he negotiated a pay-rise without extending his contract and complaints over the club’s transfer policy.

The Blues are believed to be looking for his replacement and have been linked with a host of managers. Former Napoli manager Maurizio Sarri has been leading the race to take over the charge of them for a long time.

But the club is yet to sign him as they face difficult decision over the future of former Juventus manager, who has still 1 year left on his contract.

Chelsea must pay Conte a £9 million pay-off if they want to change coach this summer, The Telegraph  reports. He has told the club he will not quit after a disappointing second season in charge, even though the club are weighing up other options.

With no big vacancies left and no immediate prospect of a tempting job becoming available, Roman Abramovich is left with the clear choice between sacking the Italian and paying him the compensation or letting him see out the final year of his contract.