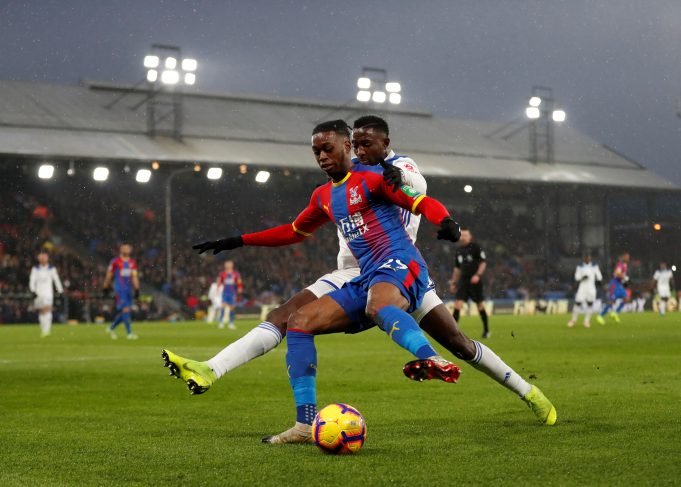 Crystal Palace fullback, Aaron Wan-Bissaka is reportedly being monitored by both Chelsea and Manchester United.

The 21-year-old has been a revelation for the Eagles in the right-back position, winning the club’s Player Of The Month award for both March and August of last year. He made his debut for the side back in February 2018 against Tottenham Hotspur and has since totalled 31 appearances for the Palace senior side.

Wan-Bissaka was even called up to the England U21 side in September where he played the full 90 minutes in a 0-0 draw against the Netherlands. He is quickly establishing himself as one of the more noticeable right-backs in the Premier League.

He is technically good going forward and has the discipline to maintain his position at the back, which is certainly absent in most fullbacks these days. Wan-Bissaka who is born of Congolese-descent has been with Palace since 2008.

If he continues to develop at the same pace he has been for the past year at Selhurst Park, one can easily see title contenders such as Manchester United and Chelsea sweep him up in the upcoming transfer windows.

The Red Devils are eager to strengthen their backline with both Antonio Valencia and Ashley Young due to turn 34 this year. Diogo Dalot still has to prove his worth in the Premier League and needs to win the praises of Ole Gunnar Solskjaer.

Chelsea are also close to sending Davide Zappacosta back to Italy with an out-of-favour as the only backup option behind Cesar Azpilicueta.