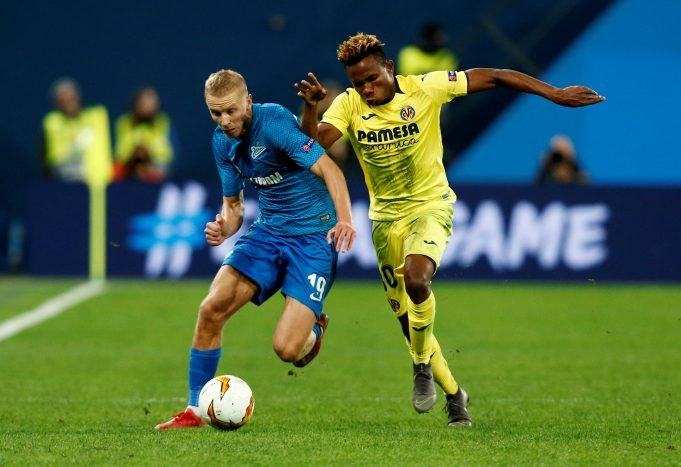 Chelsea are reportedly targetting Samuel Chukwueze as a replacement for both Willian and Pedro.

Both veteran wingers are on expiring contracts and could be let go to make way for younger talents.

Chukwueze has caught the eyes of Premier League clubs, Manchester City, Liverpool and Chelsea after his exploits in the La Liga. The 20-year-old has been involved in 8 goals this season in 26 appearances. He can play on either wing and has proven to be a real threat back in Spain. He has also collected 2 goals in his 12 caps for Nigeria.

The Daily Mail claim that Cukwueze is ready to take the next step of his career as he is valued at £60m by Valencia. He is the kind of raw talent that a side like Chelsea have recently been scouting out under Frank Lampard. We are all aware of the new regime that has been set at the Stamford Bridge, the one that has given wings to Mason Mount, Tammy Abraham, Fikayo Tomori, Callum Hudson-Odoi and Christian Pulisic.

Willian has proven to be an integral part of this Chelsea team and many believe he could end up staying through a last minute agreement. With or without the Brazilian, bringing Chukwueze in would only give the wide position a bit of healthy competition.