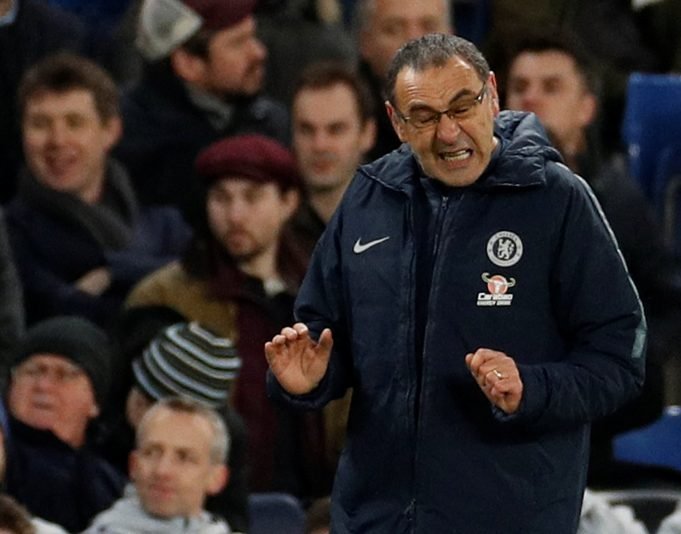 Frank Lampard and Zinedine Zidane as replacements for Maurizio Sarri

Chelsea’s performances under Sarri have dipped considerably and Sarri’s job is currently hanging in the balance.

The only way Sarri might stand a chance of saving his job is by guiding Chelsea to victory in Sunday’s EFL Cup final against Manchester City.

However, Chelsea are already looking at replacements for Sarri and have identified Zinedine Zidane and Frank Lampard as possible replacements. If the club sacks Sarri now, then assistant manager Gianfranco Zola will be interim manager till the end of the season.

Frank Lampard became Derby County’s manager in May last year and has done pretty well with the club so far. Derby County are currently 7th in the Championship table and have a fair chance of qualifying for the Championship playoffs. However, Lampard has just begun his managerial career so Chelsea might be interested in getting someone more experienced.

That’s where Zinedine Zidane comes in. Zidane guided Real to a hat-trick of Champions League titles during his managerial spell at the Bernabeu. Hence, he can be a very good fit at Chelsea. Reports stated that Zidane had some demands from Chelsea. They were, to keep Eden Hazard and give Zidane a transfer budget of £200 million.

Lampard and Zidane as next Chelsea manager odds