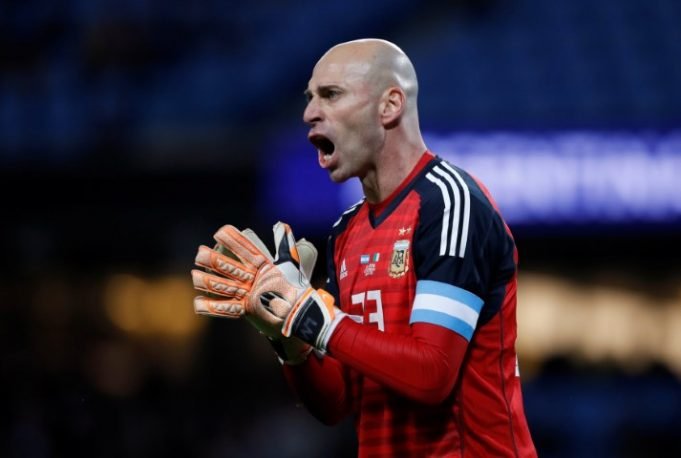 Willy Caballero’s new contract will last untill the summer of 2021.

Kepa Arrizabalaga has had some bad moments this season, and he was replaced by back-up goalkeeper Willy Caballero. However, Caballero’s future had been under doubt so far, with the 38-year-old’s contract coming to an end at the end of this season.

But Caballero’s contract with the Blues has been extended for another season, meaning that the Argentinean goalkeeper is expected to be the back-up for one more campaign.

Chelsea had been linked with several goalkeepers as a potential back-up to Kepa, with Andre Onana, Dean Henderson, Nick Pope and Ben Foster some of the candidates.

The 38-year-old Argentine’s new contract will run until the summer of 2021. Given the extension of the contract between the striker Olivier Giroud, now Chelsea has only two players with the expiration of contracts – midfielders Willian and Pedro.