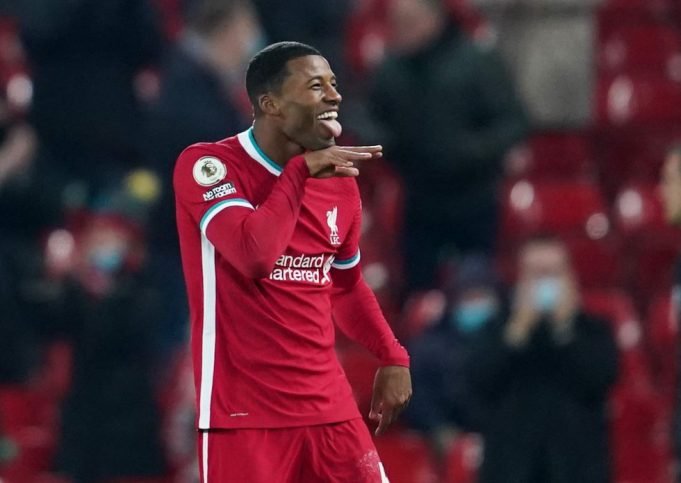 Chelsea have reportedly joined Barcelona in the pursuit of Giorginio Wijnaldum.

Jurgen Klopp has failed to convince the midfielder into staying.

Camp Nou seems like his next destination with Ronald Koeman very keen to add him to his ranks. Wijnaldum has developed to become a key part of Liverpool’s engine. His energy, technical ability and consistency has made him a considerable figure in the Premier League.

Thomas Tuchel is aiming to bring in players of that exact mould. With talks of Jorginho potentially leaving in the summer, Wijnaldum could come to fill in the gap. Chelsea are setting themselves up with a different identity under Tuchel. There could be quite a few exits and new names coming in from July.

If Wijnaldum wants to remain in England, Chelsea could offer a solid exit strategy. They are not short on cash and are likely to come up with a decent contract offer. Liverpool won’t enjoy handing over such an important player to a rival.

Chelsea current midfield ranks has the likes of N’Golo Kante, Jorginho, Matteo Kovacic and Billy Gilmour. Wijnaldum could even come in to offer more depth, seeing how the Blues aim to win titles from this season itself.