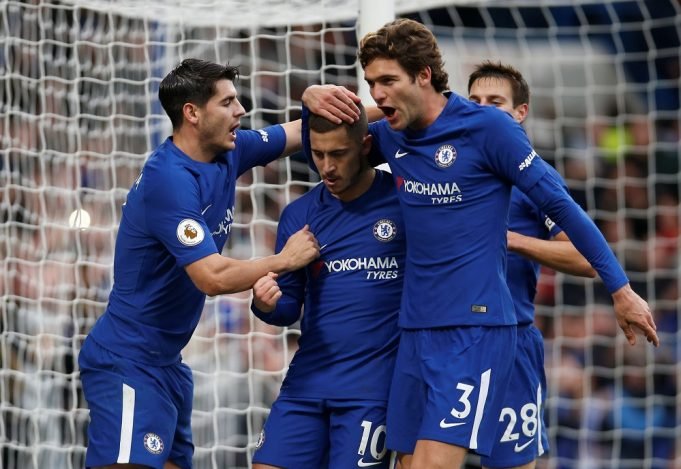 The Blue’s are expected to overhaul their squad this summer

Chelsea are expected to overhaul their side this summer after a poor Premier League campaign this season. They have finished fifth in the Premier League and will miss out the Champions League next season.

They are likely to add reinforcements in key areas but few players could also leave along with the manager.

Former Blue’s defender Tony Dorigo believes Alvaro Morata will leave Chelsea this summer and could be followed through the exits by Eden Hazard and Antonio Conte.

Morata joined Chelsea for £70 million from Real Madrid last summer but has struggled to find his feet in the league. He has already been linked with a return to his former club Juventus.

Dorigo told BetStars when asked if he expects Morata to be sold: “I do yes.

“The problem is he left Real Madrid to get some games, and he went to Juventus and did quite well but again didn’t play all the time.

“He’s been disappointing for me, he’s had one or two issues as well but Juventus may see the value in trying to get him back and Chelsea will be looking for another striker.

“He works hard and seems a good type of person, but it just hasn’t worked out.

“When you have spent that kind of money, £60 million or £70 million, you expect to get a bit more, so I can’t see it ending too well to be honest. The likes of Chelsea, you look where they can improve, and up top has got to be one of them.”

Chelsea are keen to keep hold of Hazard but the Belgian International could be forced to leave if big clubs come for him.

Dorigo added: “Real Madrid and Barcelona are the two teams outside of England that when they come calling, there is only one thing that is going to happen. Those two clubs are incredible, the passion is absolutely amazing.

“It’s a difficult one, Hazard will probably think if Chelsea don’t make the Champions League then he might start to look elsewhere. It’s difficult when Real Madrid and Barcelona come calling.”