Take a look inside the Chelsea dressing room 2018-2019. Chelsea have had a difficult season in 18/19. Manager Maurizio Sarri is trying to keep it together but it seems like he’s on his way out. Meanwhile, Chelsea are battling to make it into the top four of the Premier League. 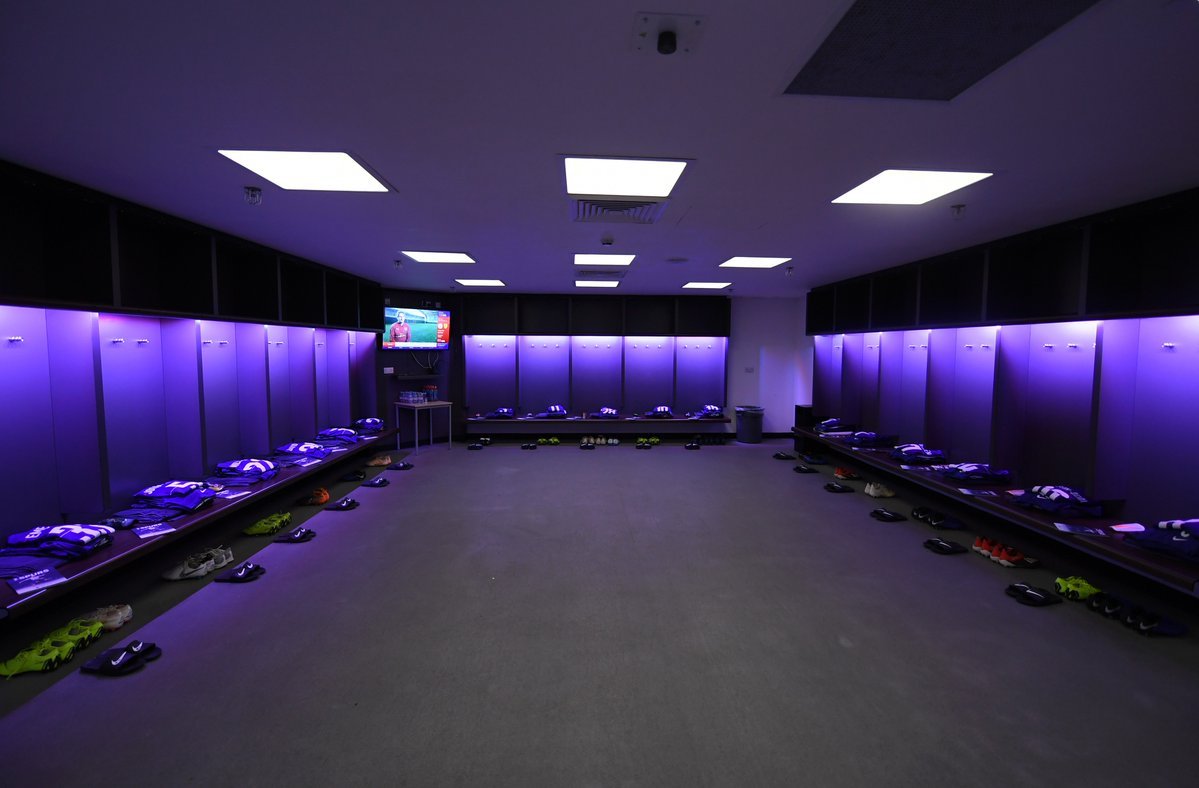 Take a look inside the changing rooms at Stamford Bridge. 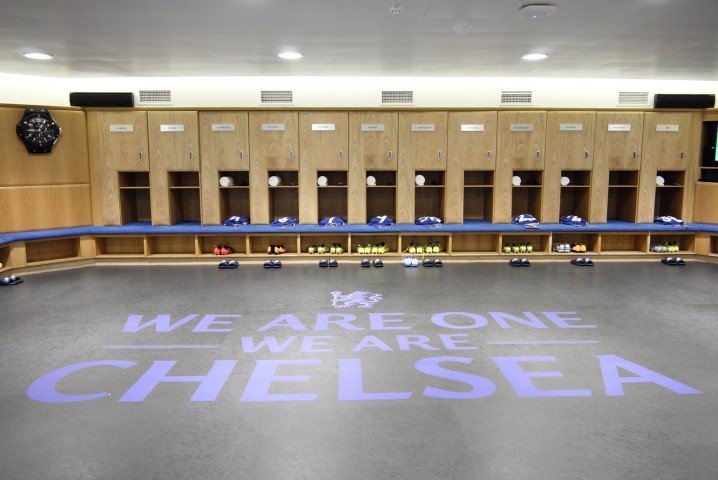 Here you can find Chelsea celebrations pictures. These are images, pictures and videos of celebrations in the dressing room after the Blues Premier League, FA Cup and Champions League triumphs.

Here are some pictures of the Chelsea squad in 2014. 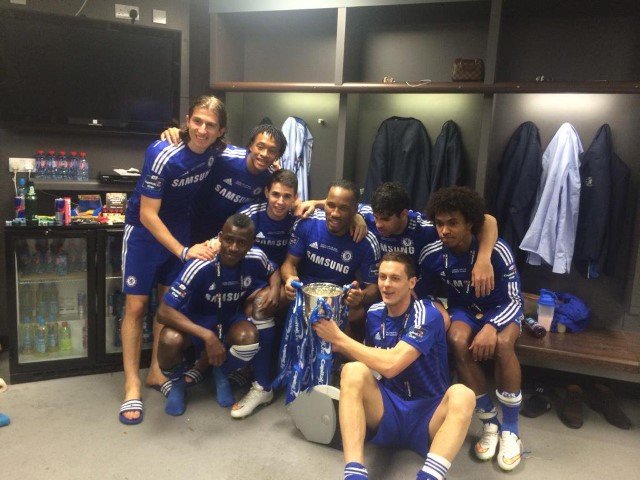 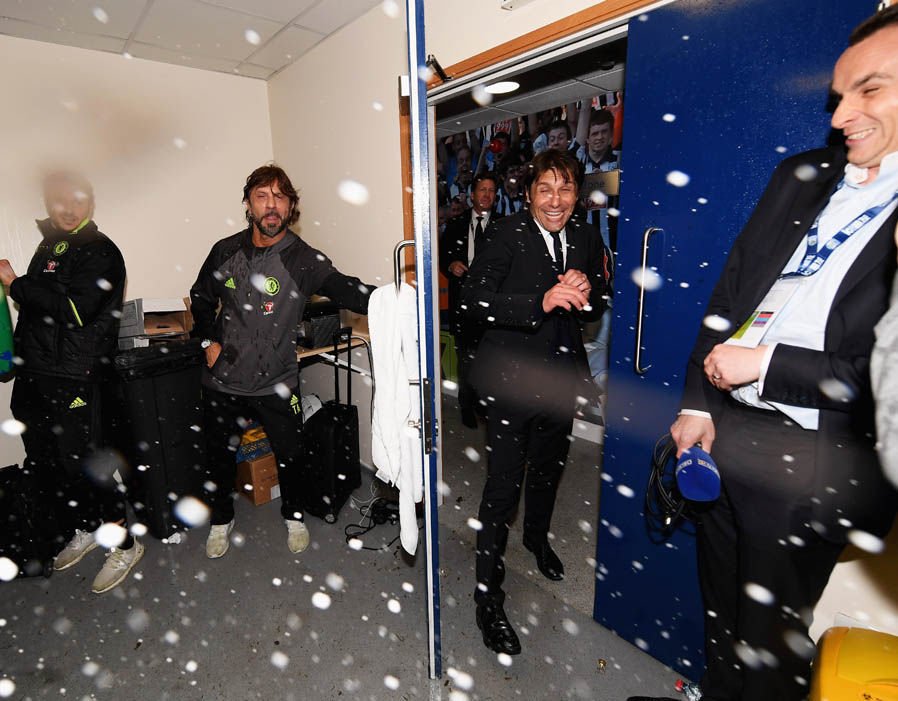 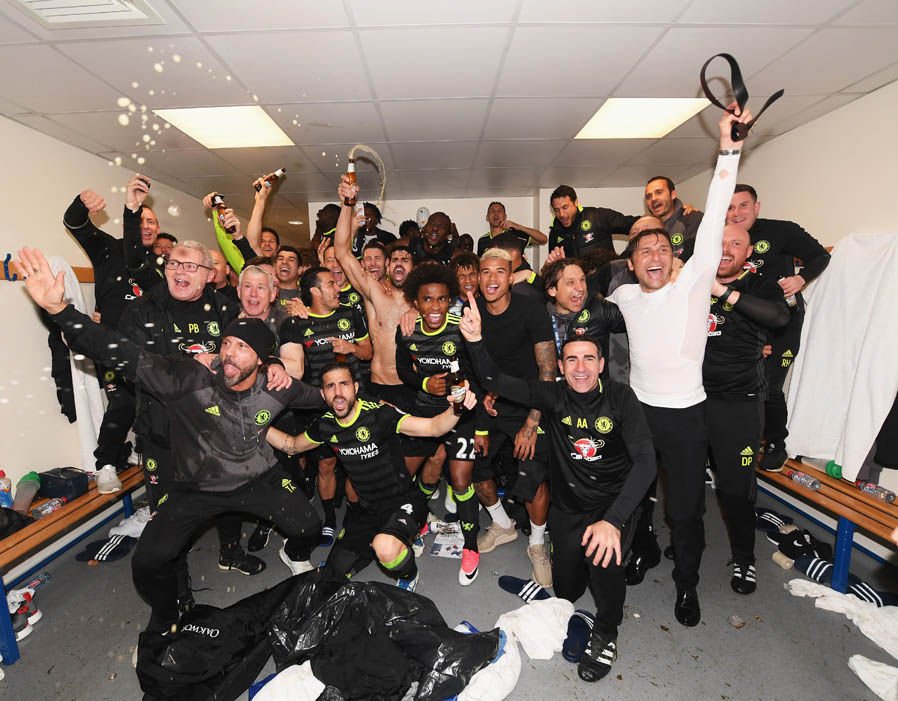 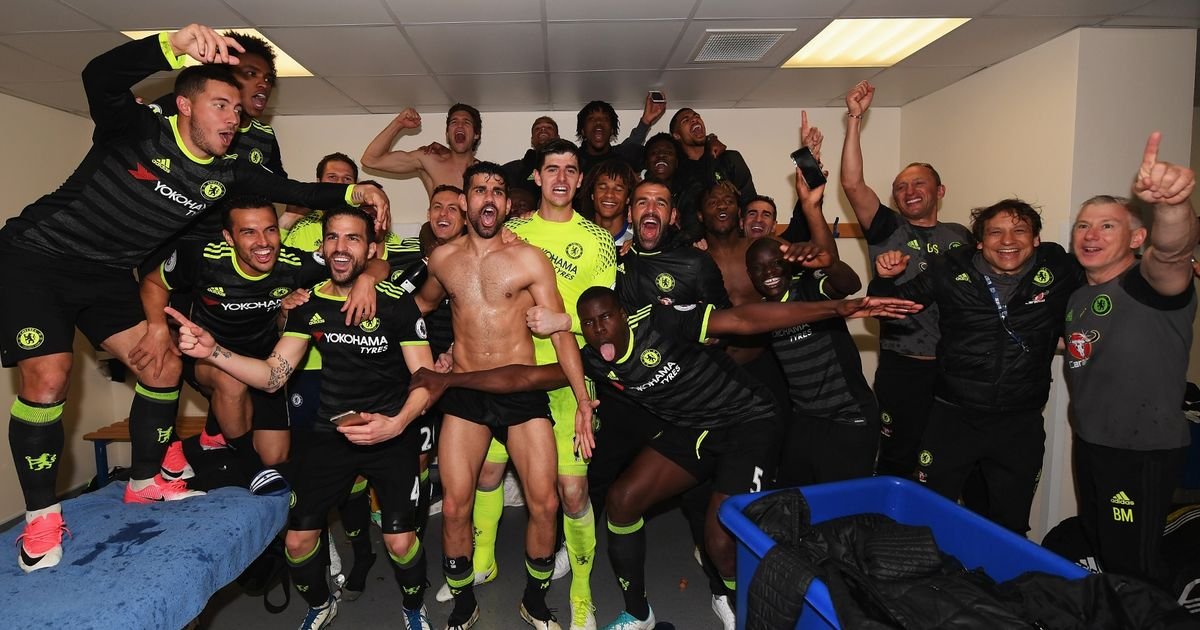 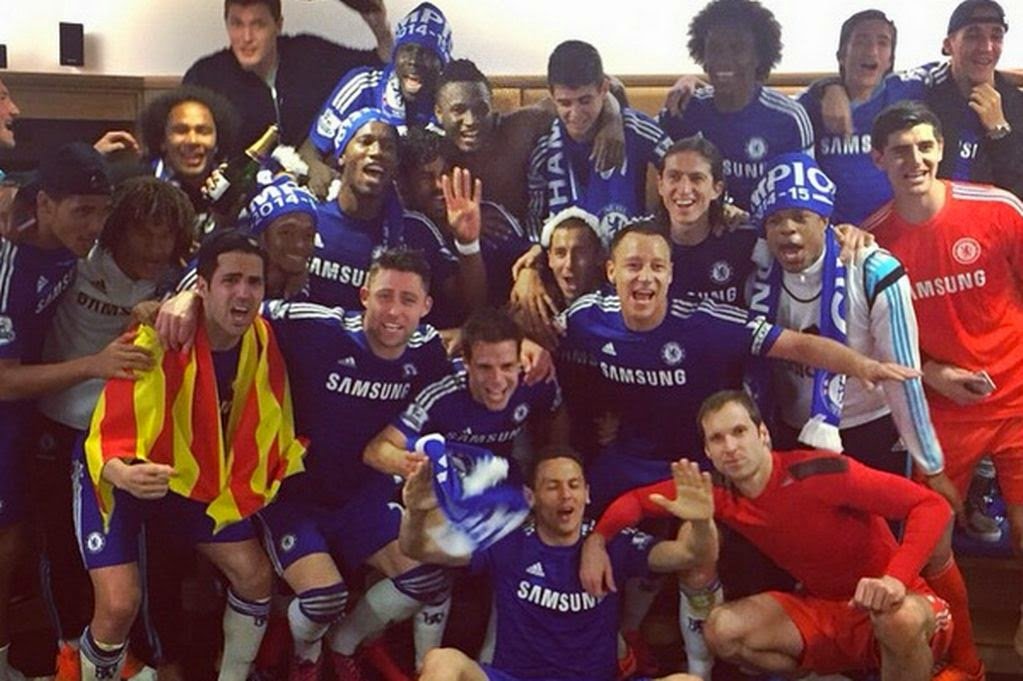 Take a look at the Chelsea dressing rooms celebrations in 2012 after their FA Cup win. 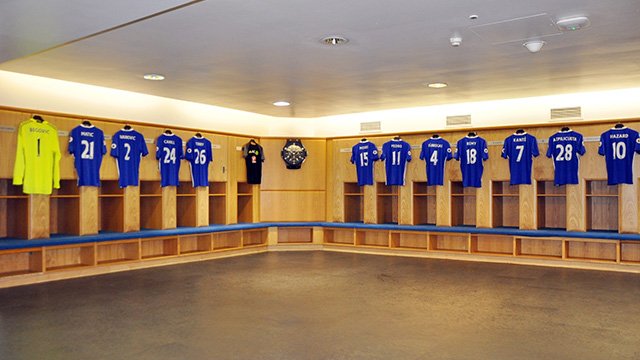 As you can see, the Chelsea changing rooms are simple but elegant. It isn’t too flashy or modern and they preserve the feeling of history in the stadium and the history of the club. Chelsea players will go in these rooms before the matches and at half-time They also have debriefings in the rooms after matches too. So it’s essential that each and every player feels good and at home in the changing rooms.

Each player in the first-team squad has a fresh and clean kit above their name in the room. This is to make them feel appreciated and at home. Then they get changed and each player tends to have a pre-match ritual such as playing a certain song, or tying up their laces a certain way etc.

The dressing rooms are essential for the club as it makes the players feel relaxed before the games.

Here is a funny dressing room banter video between Diego Costa and John Terry. You dont want to miss this.

Here is a picture of Chelsea changing rooms with former players jerseys hanging on the players lockers room. 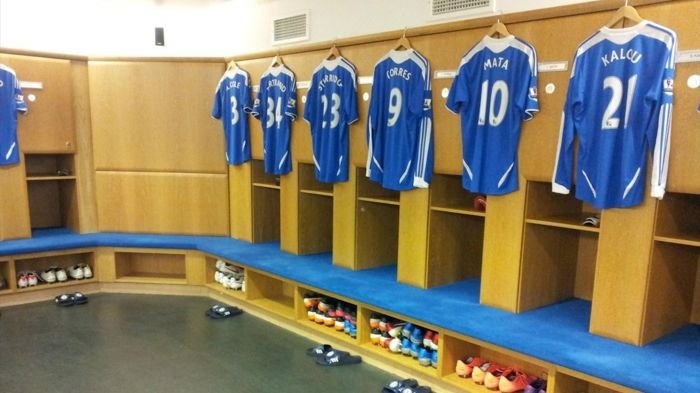 The new players have found their allocated spots in the dressing room. Want to know where Kepa sits? The image below will show you where. He sits next to his goalkeeping teammates Willy Caballero and Robert Green. 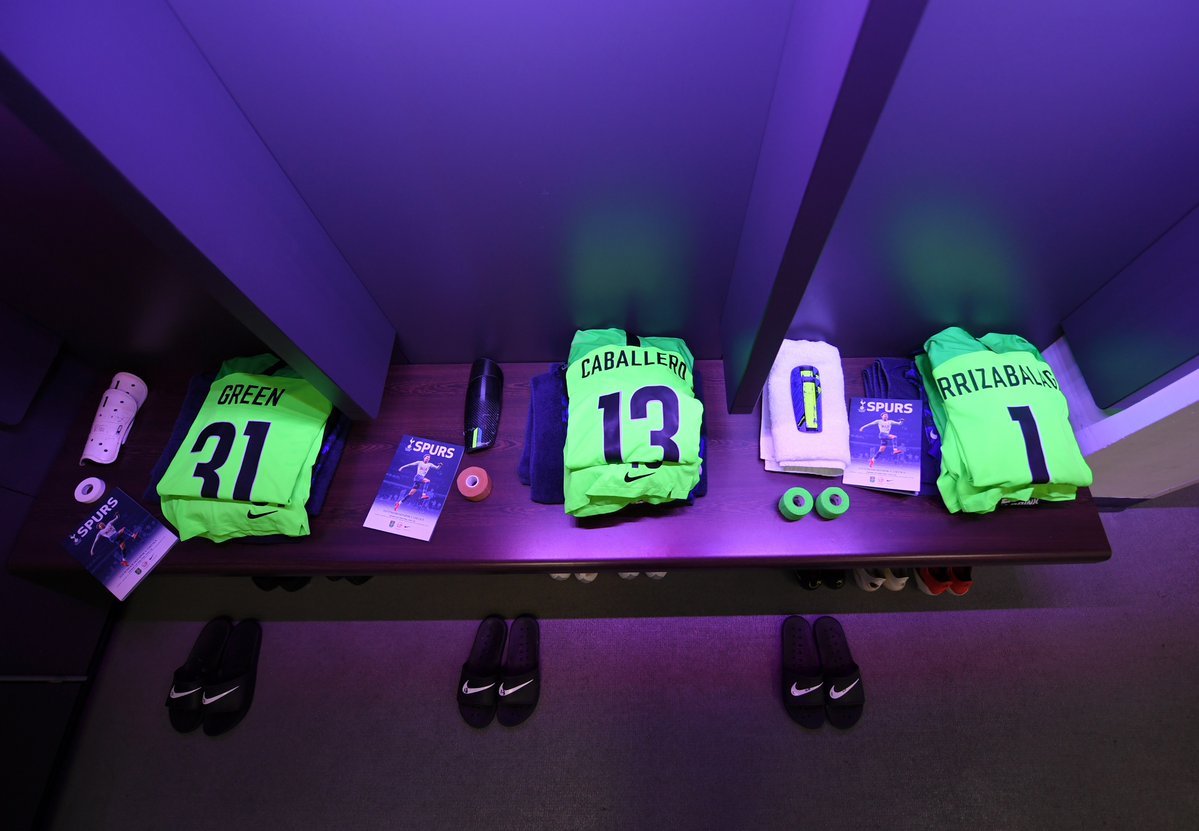 Opened in 1877, Chelsea have played their home games there ever since. It has gone through major changes over the years, most recently in the 1990s, when it was renovated into an all-seater stadium

Before the stadium went through renovations, it had a larger capacity. The stadium’s highest official attendance is 82,905, for a league match between Chelsea and Arsenal on 12 October 1935.

A new Chelsea club museum opened in 2005. Known as the Chelsea Museum or the Centenary Museum, to mark the one hundredth anniversary of the Blues. Open to visitors, guests are able to visit the WAGs lounge and then watch an introductory video message from the former vice-president Richard Attenborough. They are then guided through the club’s history and all the club’s memorabilia.

It is the largest football museum in London.

The building of the new stadium has been complex to say the least. There have been various obstacles and consent laws etc to pass. But, recently the Mayor of London gave permission to build the new stadium. He felt that the increased tourists to London and Stamford Bridge along with having another state-of-the-art arena in the centre of London was beneficial to his city.

Funny behind the scenes incidents you don’t want to miss