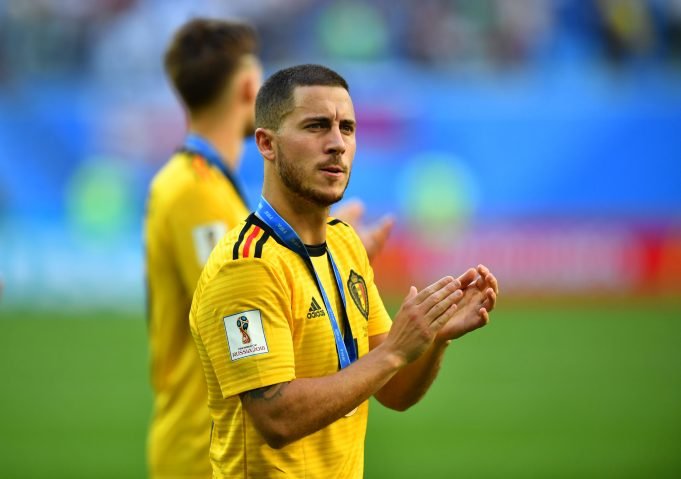 The Blues have demanded £200m for their star player Eden Hazard

According to reports from Daily Mail, Chelsea have asked for a whopping £200 million from Real Madrid for their star player Eden Hazard.

Real Madrid are keen to add the Belgian captain as a replacement for Cristiano Ronaldo who left the Spanish side for Juventus.

£200 million asking price could be the record high asking price for the player is the deal happens, which will surpass the current world record of £198m ($259m), paid by PSG to Neymar.

Initially there were links between the Belgian star and Spanish club Real Madrid.

Hazard has already hinted an away move from Chelsea with Real Madrid a probable destination. He said, “I will go on holiday and ask myself the right questions, after six wonderful years at Chelsea, it might be time to discover something different”

Hazard joined Chelsea from Lille in the summer of 2012. The transfer fee was reported to be priced at £32 million.  On 18 July, Hazard made his Chelsea debut in the club’s first pre-season friendly against the Seattle and was also on the scoring sheets. Since then, the winger has been and integral part of the Blues representing them in over 300 matches and scoring 89 times. He has established himself as one of the best player’s in the world. He is a very popular member of the squad and one of the fan’s favorite.

He had a great run in the World Cup where Belgium finished 3rd and even Hazard has a wonderful time in Russia. He lead from the front and scored 3 goals in the tournament.

Chelsea struggled to perform last season but the player featured regularly for them and managed to score 17 goals in all competitions.