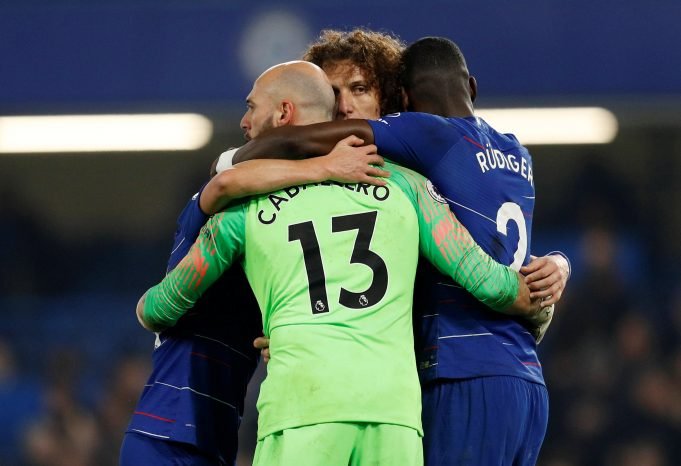 David Luiz has insisted he closing on a new deal to extend his association with Chelsea.

His contract is scheduled to expire at the end of this season and the player has been very keen to stay at the club beyond the current season. He has been a central part of Maurizio Sarri’s plans and has formed a formidable defensive partnership with Antonio Rudiger.

Despite his brilliant performance in the heart of the Blues backline the Chelsea hierarchy looked to have tabled a one year extension as a part of the club’s policy not to offer a longer contract to players over 30.

But with the transfer ban hovering over the horizon it seems a new settlement has been reached. Luiz confirmed the development. “I think so. We are talking with the club. Everybody knows I love this club, I feel comfortable here and am happy here. I am doing my job very well so I think a lot is going to happen.

“I have the job best job in the world so I have to be motivated every single day. I love football, if I didn’t love football I would not be playing anymore.”