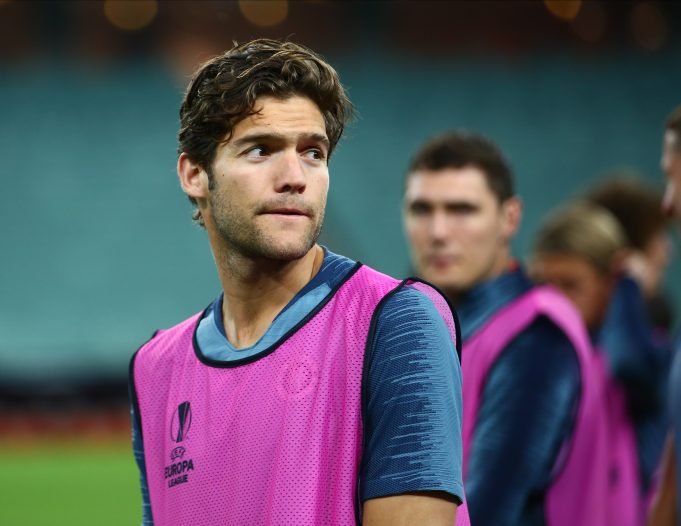 Marcos Alonso is excited to get going under Frank Lampard but has admitted to not discussing his future with the new Chelsea manager.

The Spanish fullback got dropped to a backup role by Maurizio Sarri last term and has drawn strong links to Atletico Madrid this summer. Chelsea signed him for £40m three seasons back from Fiorentina but it will be hard to recuperate that amount right now.

Atletico have so far cooled on their interest for the 27-year-old after signing Renan Lodi. Speaking to the press about his Chelsea future, Alonso said, “I signed a new contract last year. I’m very happy here and I don’t know if there has been any contact with Atletico. You’d have to speak to (Chelsea director) Marina Granovskaia for that.

“Of course it was a frustrating time last year. I would love to play every minute – but things happen. Now it’s a new season. I have four more years here. The last few years have been amazing and I want more of that. I want to be playing, to keep winning things.”

“The new manager has not spoken much. We’re training hard. The style will definitely be different. Last year was a unique style in terms of what Sarri wanted. Now it’s another thing,” he continued.

“We’re all very excited. It’s been a tough first couple of weeks but this is the time to get ready. I’m very motivated to start well.

“It’s different with every manager. Each has his own method. We are training very well, high intensity, lots of fitness. Trying to get his ideas and to get better.

“It’s a fresh start for everyone. Last year is part of the past and now I just want to keep working, enjoy playing and help the team win.