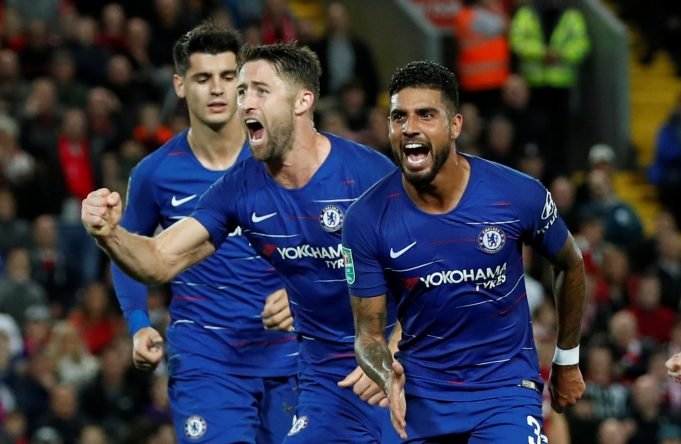 Gary Cahill could bid goodbye to Chelsea as Fulham are reportedly interested in taking the player to Craven Cottage.

The 33 year old hasn’t been featured for a prolonged period and is likely to be not offered a renewed stay at the club. Maurizio Sarri doesn’t seem to be impressed by the player and he will have the license to start talks with other clubs.

Cahill was also the subject of interest from a number of clubs in January and had submitted a transfer request but later changed his mind and decided to stay and fight for his place. His appearance in the Europa League has also been limited as he completed just four matches this season.

The defender also is not in the contention to be selected in the remaining games having suffered an Achilles tendon injury. He played a crucial role in Chelsea’s last Premier League triumph but has fallen in the pecking order behind Andreas Christensen.

Fulham have failed to retain their Premier League status and are ready for life in the Championship next season. There won’t be any dearth of Premier League suitors for the defender and it remains to be seen whether he accepts a new challenge in the second tier or is eager to continue in the top flight.