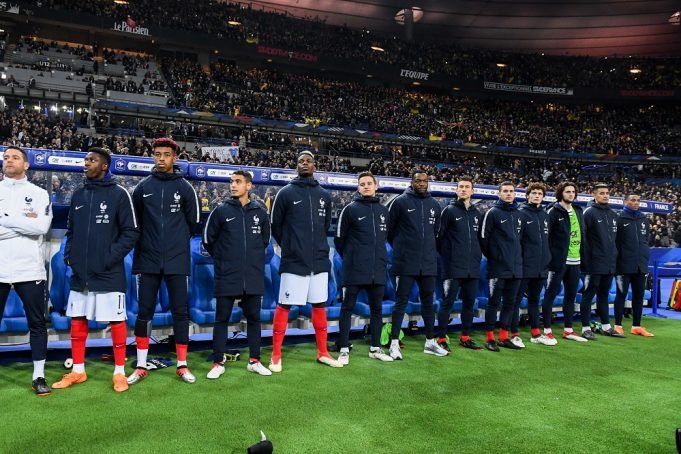 Anthony Martial has been linked with a move away

Anthony Martial started off the season brilliantly and was one of the most important players for Manchester United in the earlier stages of the season. He is also the club’s highest Player of The Month winner, winning it three times.

But since the arrival of Alexis Sanchez in January, The Frenchman has struggled to get a regular run in the team. He is currently not happy with the lack of game time.

The forward has been linked with a move away this summer and the Italian giants Juventus are believed to be interested it. Jose Mourinho is willing to sanction the deal if the player wants to leave though he wants him to stay.

But another Premier League club is rumored to be interested in Martial. According to bookies Coral, Turin appears to be his most likely destination but Chelsea are also serious suitors.

Coral’s Harry Aitkenhead said: “Martial seems certain to leave Manchester United this summer and it looks as though a move to Italian giants Juventus is most likely.

“However we aren’t ruling out a move to Chelsea, which could potentially come in a swap deal for Willian.”

Jose Mourinho is a big admirer of Willian having previously worked with him during his time at Chelsea. The Portuguese wanted to bring him last summer but the Brazilian wanted to stay. But United could move for him again this summer as they lack a proper right winger.

If the Blues go through this deal then in Martial they can get a player who is full of talent and has the potential to be the very best. He is still 22 years old.