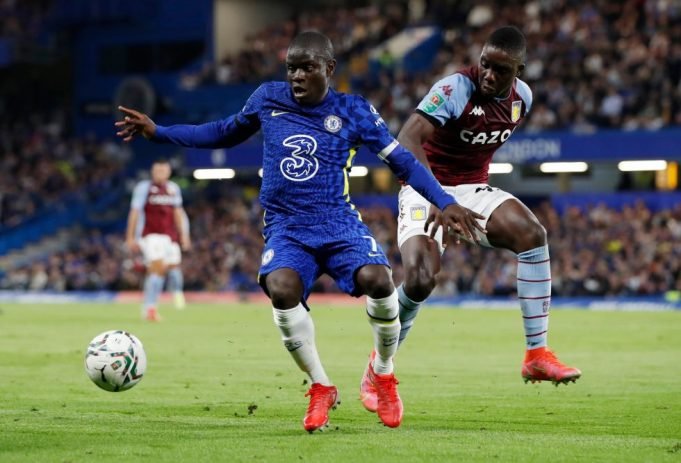 Chelsea have officially confirmed N’Golo Kante will be sidelined for four months after undergoing surgery on his hamstring.

The Frenchman appeared in Chelsea’s opening two games of this term but has been plagued by the injury since August, suffering a further setback earlier this month.

The decision was taken for the 31-year-old to undergo an operation which will now rule him out of the World Cup.

A statement from Chelsea on Tuesday night read: ‘N’Golo Kante has undergone an operation on his hamstring injury.

‘The midfielder visited a specialist with the club’s medical department to explore the options for his rehabilitation approach and it was mutually agreed for N’Golo to have surgery to repair the damage.

‘Following a successful operation, N’Golo is now expected to be sidelined for four months.’

Chelsea boss Graham Potter revealed it was ‘not good news’ regarding the midfielder in a press conference last week.

‘He’s due to see a consultant at the weekend. It’s a setback, but I can’t give you anything more at this stage,’ Potter said.

‘Historically there are things which have happened which is a concern, so we need to get to the bottom of that.

‘It’s a setback at this stage of this rehab which is worrying, but all we can do is get the right diagnosis, get the right consultation, and try and help him get back to full fitness and enjoying his football.’

His absence will also hurt France in the pursuit of title defence in Qatar next month. He has played 53 matches for his country and was ever-present throughout their successful 2018 campaign.