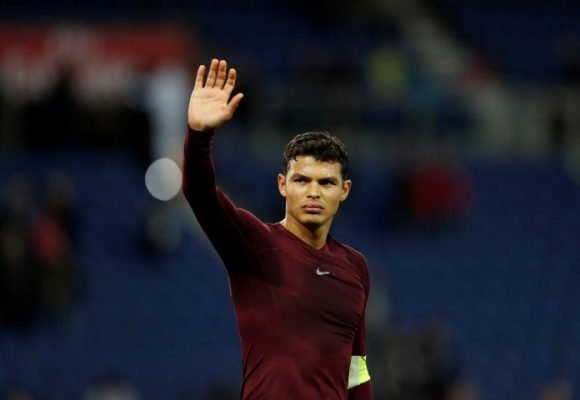 Chelsea are on course to sign Thiago Silva after the defender played his final game for PSG.

Bayern Munich defeated the Ligue 1 side in the Champions League final last night, ending Silva’s association with the club after 8 years.

Chelsea are looking to bring in his experience and leadership on a free deal and now, have the green light to do so. There won’t be a need to pay a fee for him, making it very affordable for the West Londoners. One of the commentators praised Silva’s efforts on Sunday night, stating – “although he’s 35, he’s still got plenty in the tank.”

And that was exactly what we witnessed in the 1-0 defeat at Lisbon. Despite being 35, Silva captained the PSG backline through a battering of Bayern attacks. He kept out the likes of Robert Lewandowski, Thomas Mueller and Serge Gnabry for majority of the game, all except one header from Kingsley Coman. It was truly a magnificent display by the Brazilian and the rest of the PSG backline, something the Chelsea backline can learn from.

Despite turning 36 next month, there is a reason why Chelsea are willing to hand Silva a new contract. His cast array of talents could be well utilised to rejuvenate this Blues backline over the next one or two seasons. Frank Lampard needs a resolute figure like Silva to hold his backline while the rest of the team plays an attacking brand of football.

Now, we just have to wait and see how quickly Chelsea move to finalize a deal for Silva.