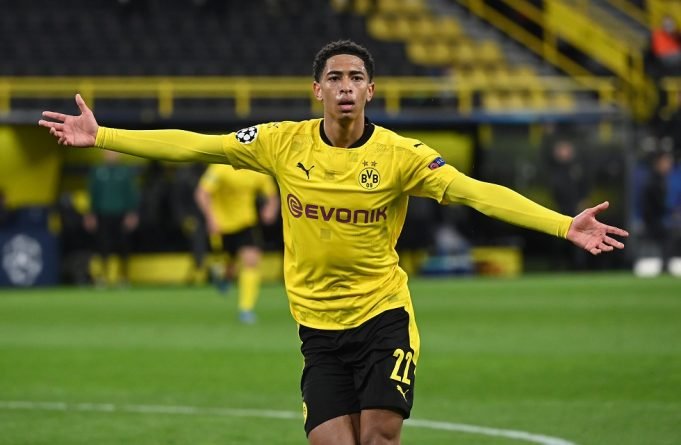 Chelsea are reportedly eyeing a move for Jude Bellingham.

The Borussia Dortmund player became the most expensive player when he switched from Birmingham City last summer for £25m.

Now, he is valued at over £100m in less than a year in Germany. Bellingham hit the ground running with Dortmund. He came into the spotlight after scoring against Manchester City in the Champions League quarter-finals.

Guardiola joked that Bellingham must be lying about his age to justify just how good he is. When asked about the 17-year-old’s performances, he said, “I can’t believe it, maybe he’s a liar! He’s so good for 17 years old, he’s a fantastic player. There was one moment when he didn’t get the ball from central defenders, how he shouts and demands that ball to him at 17 means a lot.

“I spoke with his manager, Edin [Terzic], and he told me what you see in these two games is like every training session.”

Bellingham has made 39 appearances this season, establishing himself as a mainstay in the BVB midfield. He told UEFA.com, “Not bad for a Championship player, eh? I think I’ve taken every game in my stride. It was a bit of a tough start away at Lazio, and since then I think all of my best performances in BVB colours have come in the Champions League.”

Chelsea will face competition from a lot of clubs to sign the youngster. Right now, Liverpool and Manchester United are also monitoring him from the Premier League.