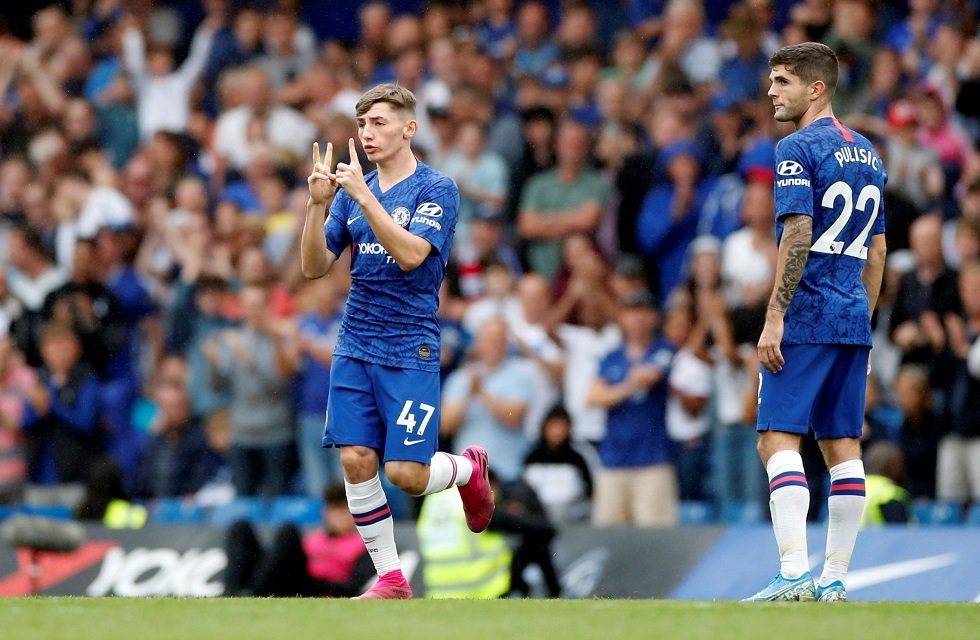 Cesar Azpilicueta handed Christian Pulisic some advice on how to break into the Chelsea squad.

The Blues captain has faith in Pulisic despite the 21-year-old’s recent struggles to establish himself as a starter in a relatively easier setting.

Under the Frank Lampard regime at Stamford Bridge, we have seen a number of youngsters get promoted to the senior side. Mason Mount, Fikayo Tomori and Tammy Abraham are leading the way with Billy Gilmour and Reece James following closely behind.

However, Pulisic’s transition from the Bundesliga to the Premier League has not gone as smoothly as he would have hoped, leading to the USA international getting frustrated.

Azpilicueta said after Pulisic was completely omitted from the travelling squad in the 1-2 win over Lille this week, “He is working hard and sometimes we know that the manager has to make decisions but I see him working hard in training. ‘From here all I can say is to encourage him to keep working because we know that a new country, a new team, a bit of time of adaptation.

“I see him with a character and working hard in training and hopefully, and I’m sure he will be very important for us for the season.”

Explaining Pulisic’s lack of starts for Chelsea, Lampard said last week, “I’ve got four wingers to choose from, now they are all fit.‘Christian, I think we all forget, has just turned 21, because of the price tag, because he came through at a very young age.

“It’s very normal to expect there to be an adaptation period and that’s what he’s in. He’s showed some really good moments in pre-season, some good moments at the start of the season. But what he has to do, as all the players not just the wingers, is reach levels in training daily when there’s competition in the squad that make you sit up and go, ‘here’s my team selection and that’s actually affected it by seeing good stuff.

“That’s the same for every player in the squad. That happens in training, that happens in games, everyone is in the same boat. We must give Christian a bit of time to adapt because of his youth, change of league, the change of living, we support him in all of that, and his talent will come through.”