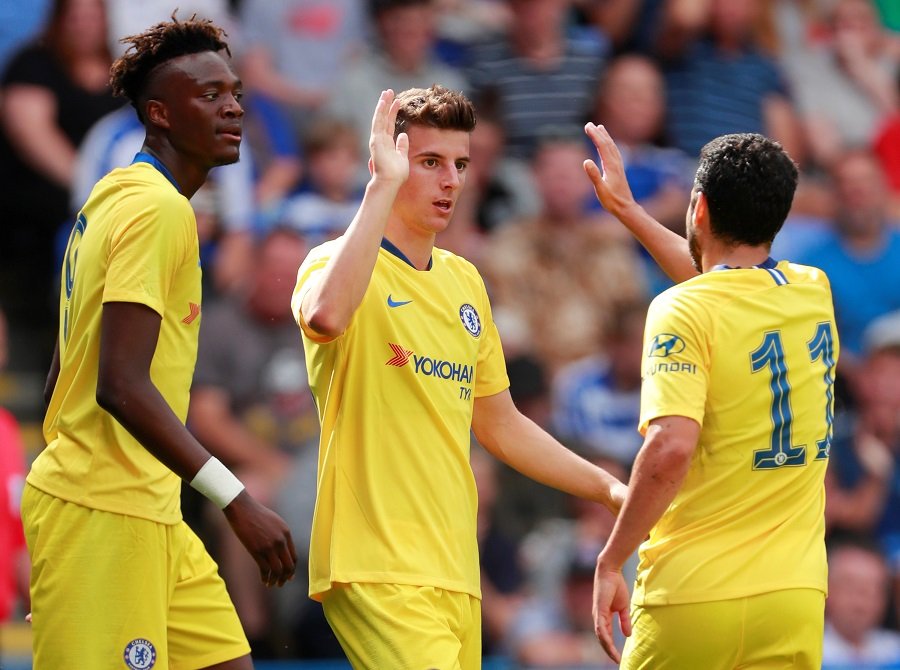 Chelsea captain, Cesar Azpilicueta jumped to the defence of Tammy Abraham and Mason Mount after the youngsters were criticised by Jose Mourinho.

Both players started in Sunday’s 4-0 defeat against Manchester United. Very little blame can be cast upon the duo for Chelsea’s embarrassing defeat, as Frank Lampard highlighted the issues in the post-match conference.

Mourinho singled out both Mount and Abraham for criticism and suggested Lampard should have picked a more experienced side for such a high-profile match.

“If they are here it is because they deserve to be,” Azpilicueta said when he heard about his former manager’s comments.

“They are fighting in every training session. We trust in them. All the boys, they train to play for the Chelsea first team since they were young and now we have a massive opportunity to create a fantastic group, to learn from every game. Obviously, everyone would like to start in a better way but we have to face the reality and become stronger from it.”

The Spaniard added, “We know that Chelsea always fights for everything. When you don’t win, the questions around get more and more but we have to cope with it.

“We know that playing for Chelsea requires your best effort in every game so we have to learn from the game. We know that we can improve. We have to face it, take the responsibility and move forward. We have a trophy to fight for on Wednesday against a good team and we have to be ready for it.”