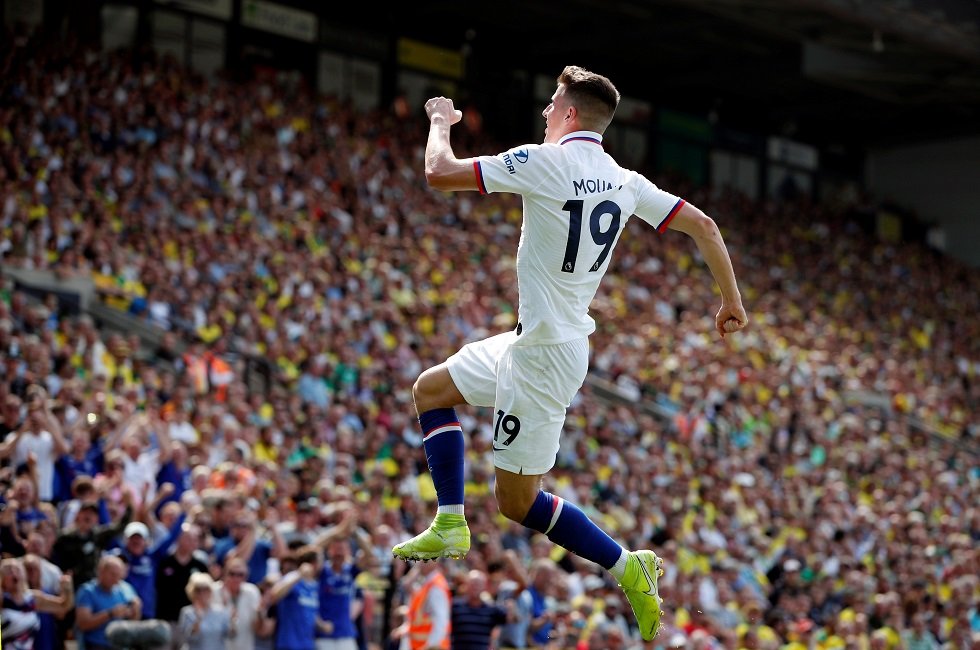 Frank Lampard did not express too much concern over Mason Mount’s injury after the 19-year-old limped off in the 3-2 Norwich City win.

Mount held up Lampard’s decision to pick him by scoring an exquisite goal in the first half. This makes it his second goal in his second start for Chelsea.

Lampard was finally able to clinch his first win with the Blues but the celebrations were a bit dampened when Mount had to be taken off because of a calf problem. The manager played down the injury as he said, “Mason took a knock to his calf, so that is better than a strain, obviously. So hopefully in a couple of days, it will settle down, so hopefully, that is good news. We will assess it.”

Chelsea are due to face Sheffield United next Saturday and fans will be hoping to see Mount bounce back from this knock quickly. It has become abundantly clear as to how important the midfielder has become to this Chelsea side.

Despite being only 19 years old, Mount continues to dictate the pace of his team’s attacks and consistently has been performing better than most of his senior teammates. There was a reason why Lampard has so heavily backed the youngster, he previously coached at Derby County.