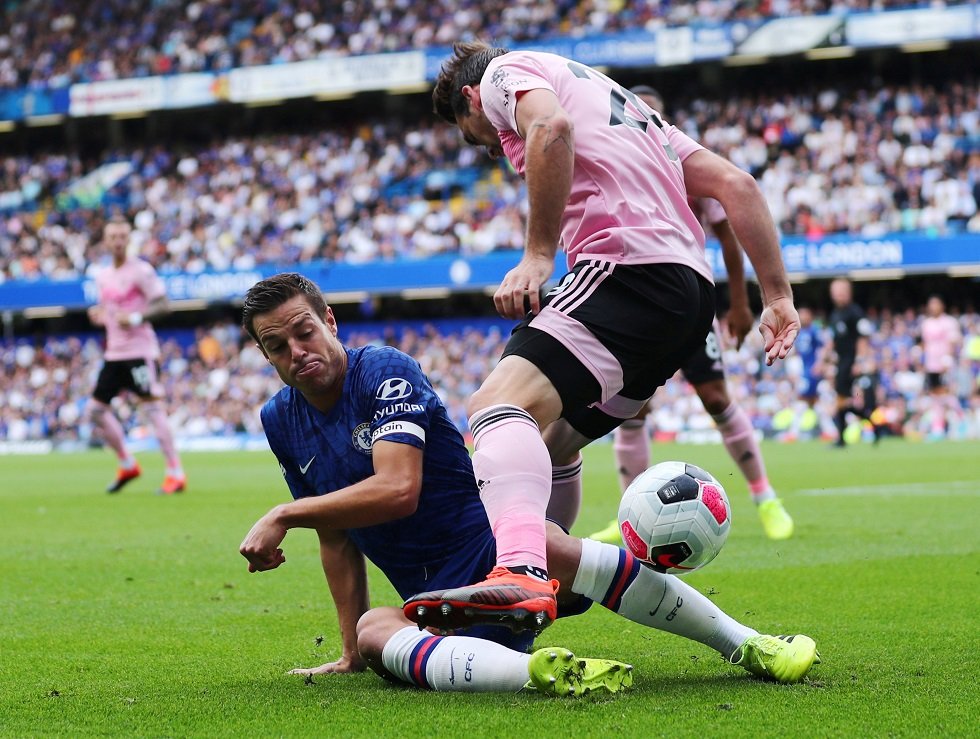 Frank Lampard has full faith on his captain, Cesar Azpilicueta despite the Spaniard’s poor run of form, recently.

Chelsea currently have the second-worst defence in the Premier League with just Norwich City below them after conceding 9 goals in the first 4 games.

Azpilicueta, who took on the captain’s armband after Tim Cahill’s departure over the summer, has come under heavy criticism for his performances. It seems like the 30-year-old is dealing with a bit of mental fatigue but he has the backing of his manager to succeed.

“Firstly, I played with Azpilicueta and I know him very well and he is the first player to stand up,” Lampard told reporters. “The reason he is captain is because of that professionalism and attitude.

“He has been an incredible player for a club that has won a lot and he has been central to winning a lot. He is not just a bystander. He has been right in the middle of it all and he will be more critical than anyone of his form and what it means.

“He will be the first one who wants to address it every minute of the day in training. I think he is a big player for us and a big personality. I see no problem. I remember in my career countless times playing with better players than I was that had little moments in their career that, for whatever reason, people want to talk about.

“The top ones come through it. Azpilicueta is a top player and I don’t think there are any major issues. In the modern-day, all eyes are on and if there is a bit of a mistake or a moment, people want to do that, and players have to put up with that. I have got no problem. Azpi will comfortably put up with that.”