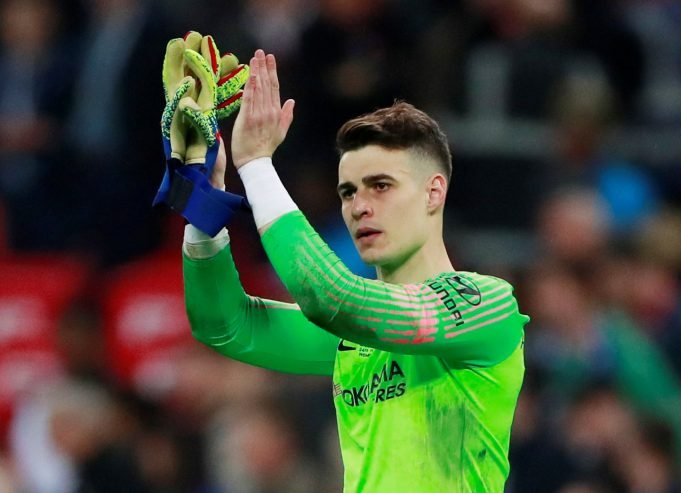 According to reports in England, Chelsea will not give any sort of punishment to goalkeeper Kepa Arrizabalaga who ignored Maurizio Sarri’s orders to come off the pitch in last night’s Carabao Cup final at Wembley.

With penalties nearing, Maurizio Sarri was about to substitute Kepa for Willy Caballero. However, the most expensive goalkeeper in the world refused to come off the pitch which angered Sarri. The match went to penalties and Kepa did save a shot from Leroy Sane. However, his teammates Jorginho and David Luiz missed their respective spot-kicks and Chelsea lost the shootout 4-3.

Following the match, Sarri said that the incident was a misunderstanding but Kepa conducted himself in the wrong way. Kepa also said that he meant no disrespect to Sarri.

However, it looks like the club will not punish Kepa. A spokesman for the club said that Sarri and Kepa want to put the incident behind them as quickly as possible.

However, it will be interesting to see how the Chelsea board take Maurizio Sarri’s situation into account as he eventually relented and allowed Kepa to stay on the pitch while many believe he should have forced the Spaniard to come off.