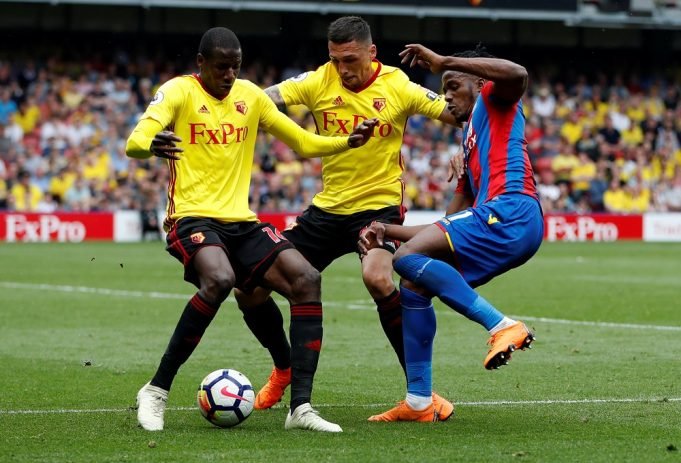 Chelsea are yet to make any new signings after getting their transfer ban lifted a window earlier.

Fans have been teased with several top figures in European football but none made their way through the Stamford Bridge doors this January.

However, there is still time until the 31st as Wilfried Zaha is reportedly being pushed to sign with with the Blues. “We know Zaha wants out of Crystal Palace, we know that a number of agents have had mandates to move him in this window,” Castles said on the Transfer Window podcast. “We know he is being pushed to Chelsea and there is interest from Chelsea’s hierarchy in taking him. My information is that Palace want to hold onto Zaha for the rest of the season for understandable reasons because he is the centre point of their attack.

“But I think they are savvy enough to realise the pressure from the player’s side to obtain a move is such that if one of those big clubs, who can afford to pay a proper transfer fee for him and Palace have been asking £80million or more for the player and can afford to push his wages to a level of about £200,000-a-week, do come in with an offer it’s going to be very hard for them to retain him.

“So what they are doing here is giving themselves a degree of insurance in that they would have another player [Carrasco] in the squad with the ability to operate in a similar fashion to Zaha, create and score goals for them from the left. The line is that they want two attacking talents of his type in their squad and the plan is to have both of those for the rest of the season. But I think there’s a clear connection to Zaha here and if and when they get Carrasco in this window, it will change the picture somewhat for how Zaha’s future pans out, either in the remainder of this window or in the summer.”

“We lost ground last summer and we need to make moves now to take us forward,” Frank Lampard told BT Sport. “I have a strong feeling of where we can improve personnel-wise to take us forward. So for me it’s clear. The money of it is not my job but I have to be honest and truthful. Short-term recruitment is something we have to get right.”